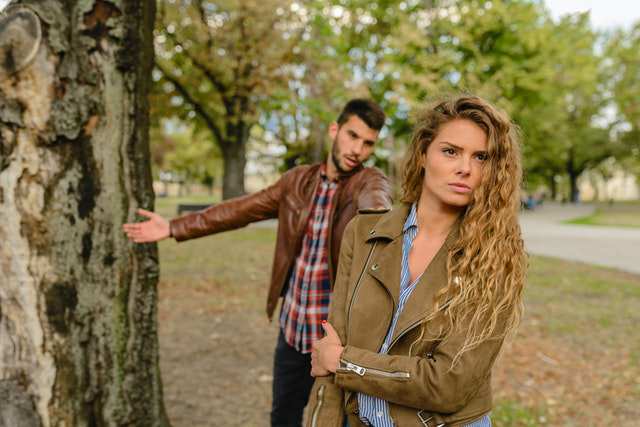 11 Traits Of a Serial Cheater.

When a new relationship starts, both partners try hard to give their best impression. This makes it difficult for you to judge whether they are the right choice for you. Everyone tries to show their best side when they meet someone special, but few people are deceptive from day one. If you closely evaluate their behavior, you may get few hints about something they are trying to hide.

If you are suspicious that your potential partner is likely to cheat on you in the future, you will never move ahead with the relationship. Below are few common signs of serial cheater that you must look out for.

1. Hide Things From You

Everyone wants their romantic partner to be transparent and trustworthy. Serial cheaters, on the other hand, like to maintain secrecy. They try their best to prevent you from knowing that they are dating other people also. You will find it extremely difficult to understand what is going inside their head. They don’t leave footprints. When you confront them with tough questions, they become defensive. You will find it difficult to get the truth from them. 2. They Have A History Of Cheating.

If they have cheated in a relationship before, they are more likely to cheat again. They could blame alcohol, a poor mental state, or any other factors for their previous infidelity behavior. Every person is different, but statistics claim that they can do it again if they have done it once.

Some people become a master in the art of lying. When they find themselves in a tricky situation, they try to wriggle out by lying. Being a consummate liar is the biggest trait of a serial cheater. It is very common for them to lie about their whereabouts, texts on their phone, and their previous relationship. The biggest problem with their lying habit is that it has become so deep-rooted that you will find them even lying about unnecessary and harmless things.

Reluctance for commitment is one of the top traits of a serial cheater. When you bring up the topic of commitment, you will notice them trying their best to change the subject. Their behavior pattern will strongly indicate how reluctant they are about commitment. Because they are so comfortable with Cheating now, they do not want to compromise on their freedom by committing to a relationship. You will often find serial cheaters avoiding discussions on serious topics; they want to keep things light and have a good time. When you discuss serious issues, it often leads to making promises and re-assurances. They fear that these discussions might make them invest emotionally in the relationship.

They want to maintain an ambiguity regarding how they feel about you. Instead of expressing their feelings, they like their partner to assume things. It gives them an excuse for deniability when they get caught cheating. They will immediately take a defense that – “we never agreed on being exclusive.”

They behave like sociopaths; you will never see them feeling sorry for their wrongdoings to other people. Serial cheaters hurt and deceive people who showed blind trust in them without feeling any guilt. Even if they know they did something wrong, they will never take the blame for it. You will find them constantly manipulating the situations and blaming others for their own mistakes.

7. They Create An Environment Of Uncertainty And Unpredictability.

Serial cheaters prefer to skip the routines and established patterns of a relationship. Even at the early stages of the relationship, they will make it very hard for you to pin down on them. They will insist on getting some free time for themselves. You can constantly find them explaining why it’s difficult for them to fix into a routine. Their sole motive is to work out a way to get a lot of free time and space for them early on in the relationship. They do it so that you don’t get a chance to be suspicious about them in the future. As compared to serial cheaters, the one-time cheaters are not this manipulative. 8. There Phone Is Always Face Down.

You will find them making a deliberate effort to hide their phone from you throughout the day. One of the reasons behind this can be that they are cheating on you. When they have been very particular about hiding things in their past relationship, they will not be very comfortable with you even touching their phone. Even in a new relationship, when they do not have anything to conceal, they will make it a point to keep their phone’s face down because old habits die hard.

Keep note of things like if they go to a different room for taking calls, secretly sending late-night texts, deliberately tuning their phone’s face upside down as soon as you enter the room. When caught Cheating, serial cheaters may try to be more transparent with their phones just to rebuild trust.

9. They Fail To Keep Their Promises.

They are always breaking promises; you will always hear them explaining why they failed to keep their word. There is a huge gap between what they say and what they do. They make fake promises to keep you interested in the relationship; they promise so much but do not even stick to the smallest of commitments. It’s common for them to skip the important events in your life; you don’t see them around when they are needed the most.

People who truly love and care for you will always keep their word and try their best to be with you when you need them the most. Serial cheaters, on the other hand, are with you to fulfill their needs. They will promise to be always faithful with you, just to betray you few months down the line.

10. They Find It Easy To Win People Over Every Time.

They know how to get people to trust them every time. It is so easy for them to use their charm to win people over. If you find them always saying what you want to hear, it can be a red flag. They may be lying and just manipulating your mind by saying things you like hearing. The difference between them and one-time cheaters is that – once caught, one-time cheaters will probably tell you the whole truth about what happened, whereas the serial cheaters will try to manipulate and cover up things.

11. They Believe Cheating Is Not That Bad.

After getting caught one time, cheaters may understand they have done something wrong; the serial cheaters won’t take Cheating as a big deal. It may be because, in their family, culture, or society, Cheating is considered as something normal. When they talk about it, they don’t make it sound like a big deal. On the other hand, one-time cheaters will show more regret after getting caught; the whole cheating incident will probably leave a major impact on their lives.

If you think your partner is cheating on you, you have to decide what to do about it. Ask yourself, can you live with it? Can you trust him again? For many people, this is a deal-breaker situation. At the same time, others might consider giving one more chance for the sake of the relationship. If you have caught your partner once and wondering whether he’s going to do it again, taking note of his habits might help you give a better idea.

No spam, notifications only about new products, updates.
PrevPreviousHow to Overcome Dating Anxiety?
NextDifference Between Love And ObsessionNext
On Key