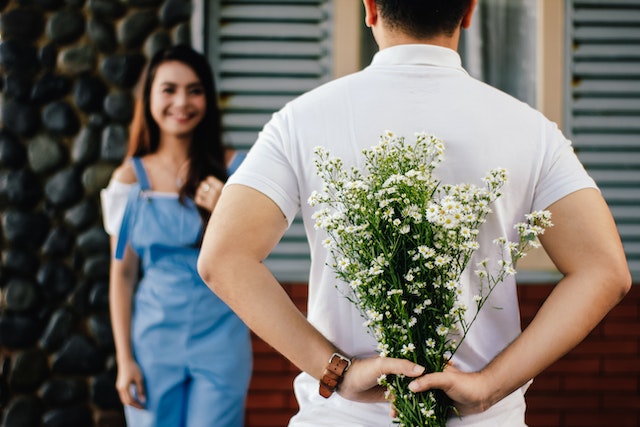 If you are dating someone who often asks you to go out on last minute dates, it can be frustrating.

It’s important to know what it means when a guy never makes concrete plans and just asks you at the last minute every time. Many times it is an indication that he doesn’t have the same level of commitment as you or he’s not ready for something serious.

There is no right or wrong answer to this question. Whether you should accept or decline will depend on various factors-

Why You Should Not Accept The Last-Minute Date Invitation

1. It Indicates That He Is Taking You For Granted

Accepting to go out on a last-minute date is not the best idea. It is inconsiderate of the guy to not plan in advance, and it indicates that he is taking you for granted.

His original plans likely fell through, and he wants to make a quick plan.

If he is seriously into you, there is no excuse for him not to plan ahead.

It’s important to always have your guard up when dating someone new. It’s also important to be careful about who you trust because someone who always asks you to go out on a last-minute date probably isn’t looking for anything serious anyways.

When your boyfriend takes you for granted, it is important to have a game plan in place. Many women will cancel their existing plans just to go out on a last-minute date with their partner. Accepting these last-minute things may encourage your boyfriend to not make any effort for you.

If you are not a priority for your partner, He’ll only ask you out when he has no other plans.

You should ask yourself if he really wants to spend time with you or is just using you as an excuse to avoid doing something else. If he does not value your time enough, then it might be time for you to move on.

3. It’s A Big Red Flag When He Doesn’t Respect Your Time

Time is a scarce resource that we all have to manage. It is important to know how to respect your partner’s time so that you can both be happy and fulfilled.

It’s a big red flag for your relationship when your partner doesn’t respect your time.

Respect for time is crucial in relationships because it shows that the person you’re with is considerate and sensitive.

Even if you’re free and really want to go out with your boyfriend, you should think twice before accepting his last-minute invitation. It’s not about whether you’re available or not available, it’s about respecting your time and being thoughtful about you.

Not planning ahead for you and asking you out when he has nothing else to do is an indication that he’s not very fond of you. 4. By Accepting His Spontaneous Invitation, You’re Sending Him A Message That You Do Not Have A Life Outside of This Relationship

If you are always accepting last-minute date invitations and dropping your plans to accommodate him, it sends a message to your partner that you have nothing going on in your life. This can make your boyfriend think differently about you.

The best way to avoid this is by saying no to last-minute plans.

It’s common for people to become more available for their significant other when they are in a relationship. But if you’re always available, it sends the wrong message because it implies that nothing is going on in your life.

This is especially true when you always accept their spontaneous invitation.

Being always available to your significant other can be a disadvantage. It can make you feel like you’re not being taken care of, and it can lead to resentment.

– Don’t go out of your way for him without asking for something in return.

– Don’t say yes just because he wants it.

– Communicate about your needs and desires so that there’s no confusion about what’s expected of each other.

Why And When You Should Accept His Last-Minute Date Invitation

When You Love Spontaneity

One of our readers wrote

“I love it when my boyfriend surprises me with spontaneous plans because it shows that he is thinking about what I need and wants out of life, and that he has my best interest in mind. It also shows that he cares about me and is willing to make an effort to keep our relationship on track.”

The idea of a last-minute date is thrilling for many women. They feel like they are being swept off their feet and have the opportunity to have an experience that would not be possible if they had planned it themselves.

It’s like a surprise gift that they can’t wait to unwrap. It’s still a sign that he really likes you and is willing to take the chance to show it – even if it might be a bit spontaneous.

Last-minute dates often turn out to be fun and exciting. It’s like you get to feel like your life is in a romantic comedy movie where everything goes right and everyone falls in love at the end of the day.

If You’ve No Other Plans And If It Sounds Fun, Then You Should Go

It is important to keep your relationship alive, and this is the best way to do it. Last-minute dates are sometimes a great way to stay in touch with your significant other and get some quality time together. Sometimes, it is important to be able to show that he can rely on you and that you are willing to go with him at the drop of a hat.

We all know that dating can be tough, and we often don’t have the time or energy to plan ahead. So when your boyfriend takes the initiative, it’s best not to hesitate and overthink. If you’re free, you must go.

Although, before you accept his invitation, you must know that if he’s asking you to come over to his place and hang out, it implies that he is making zero effort on his part. In a situation like this, declining the invitation will be in your best interest.

If You’re Busy, Don’t Cancel Your Plans For Him

It’s ok to cancel your plans to accommodate your partner for the last minute date once or twice. But, if he asks you out last minute every time, then it can be a big red flag for your relationship. It implies that he is not willing to put effort into you.

Relationships are meaningful when both individuals put in the effort. Taking things causally, taking you for granted and not planning ahead implies that he’s not that into you.

Always accepting his spontaneous invitations can sometimes lead you down the wrong path. It might seem like he’s eager to see you and wants to be with you, but if he really wanted to be with you, then he would’ve tried harder to get in touch before that moment.

You had a life before you got into this relationship with him. It’s important for you to not drop that life just to accommodate your new boyfriend.

It’s important to have friends, family, and interests of your own. It’s also important for you to not be the only person who is always there for your partner. You don’t want to be in a relationship where you’re just waiting on them all day and night.

Don’t pretend to have a life, rather focus on having a rewarding and fulfilling life outside of your relationship. Maybe you’ll find it difficult to believe but he may start respecting you more when you stop accepting his last-minute date plans.

When you reject his invitation, he’ll reschedule and will lock down a date which is convenient for both of you. But if he doesn’t call back and doesn’t make an effort to plan a proper date, then take it as a sign that he has no interest in you.

No spam, notifications only about new products, updates.
PrevPreviousWhy Is He So Into Me So Soon?
NextHe Never Initiates Hanging Out – Is It Normal?Next
On Key