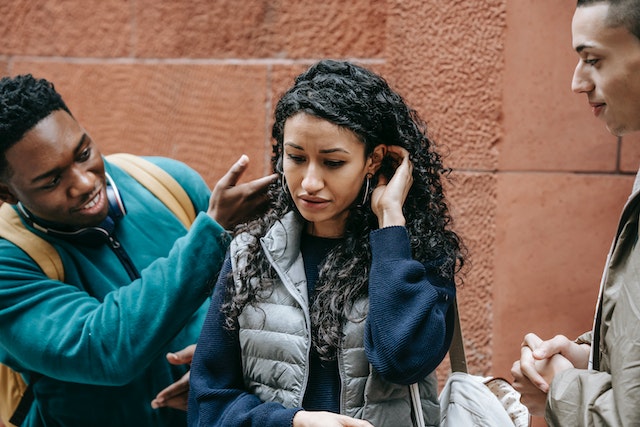 How To Tell A Guy He’s Coming On Too Strong

How Do You Know When someone is Coming on Too Strong ?

It’s not uncommon for people to feel pressured when their partner starts coming on too strong early on in the relationship. If your partner keeps upping the ante, it might be time for a conversation about where things are heading.

In a situation like this, it can be difficult to know what to do, but it is important to know how he feels and how you feel about him.

The first sign of a partner who is coming on too strong is when they start talking about the future and all the things they want to do with you too early into the relationship.

This can be a good sign because it means that they want to plan for the future with you, but it can also be a bad sign because they are moving too fast in the relationship.

The Most Common Signals

When a man shows too much affection too soon, you might feel like he is pressuring you and that you aren’t in control of the relationship.

When you’re dating, it’s hard to know whether your partner is being too intense or if they’re just being themselves.

Signs that your boyfriend is coming on too strong:

– He texts or calls more than twice a day

– He desires to be with you every minute of the day

– He’s trying to get physical with you in public places

– His texts are too long and detailed

How Should I Tell Him?

There are many reasons why a woman might not want to be pursued by a man. One of them is when the guy is coming on too strong.

It doesn’t mean that he’s doing anything wrong; it just means that he might not be aware of his behavior or how it might make you feel uncomfortable.

By being too aggressive, he might be trying to show his dominance and make the relationship look more intimate. His actions will often make you feel like this relationship is going out of control.

If you’re feeling uncomfortable around him, it might be a good idea to get completely honest with him and tell him what’s really on your mind. Say it without any fear or hesitation.

The key is, to be honest with yourself first. Are you happy with the way things are going? Do you think you can have a happy relationship with him? Once you have answers to these questions, only then should you open up with him about this issue.

If your partner is not listening to you and wants more intimacy than what you are comfortable with, then this could be a sign that the two of you are not a good fit for one another. Figure Out How To Slow Things Down

If you think your relationship is not going in the right direction, it’s important to slow things down.

Sometimes we easily fall head over heels in love with someone and then think that everything will be perfect. But, relationships are never perfect. We often have to deal with the insecurities and uncertainties that happen from time to time.

The key to a healthy relationship is to be able to handle these challenges with grace and understanding.

When you’re partner is moving too fast, it can make you feel less connected with him.

Some people are so used to the idea of being in control and being able to do whatever they want that they can’t stop themselves from pushing their partner away. If you feel like your partner’s behavior is pushing you away, try these tips on how to gently tell them to slow down.

1. Be open with each other about your feelings and needs

3. Focus on the positive aspects of his personality

5. Take a break from time to time

In some situations, a gentle way of saying “Slow down” would be “I need a break.” This can be followed up with an explanation that you’re feeling overwhelmed and need some time for yourself.

It is important to establish boundaries upfront in a relationship, especially when it comes to dating. Before you start dating someone, you should know what your expectations are and have a clear understanding of what you want.

Boundaries are not just about physical separation. They also include emotional and mental separation in order to maintain self-respect, self-worth and dignity.

It is important to know what is and isn’t acceptable in a relationship before you get too emotionally invested.

Boundaries are the guidelines that help us define what we want and don’t want. They can be physical, emotional, financial, or spiritual.

Is It Mean To Tell Your Boyfriend That He Is Coming On Too Strong?

In a word, yes, it can be mean. This is a tough question and one that many people ask themselves. There are many ways to go about answering it. It’s not a question of what the right answer is but rather what’s right for you.

Some women might feel that it is their responsibility to take the initiative and tell their partner how they are feeling. Others might fear that they’ll lose their partner if they do. They think that it would be best to just put up with the pressure, hoping things will improve in time.

In a relationship, it is important to be open and honest about what you want. It can be difficult, but it’s vital to be able to have this discussion.

Being assertive and honest with your partner helps you to avoid any misunderstandings or arguments in the future.

How To Reject Someone Who Is Coming On Too Strong?

Rejecting a guy can be hard and can sometimes lead to awkward situations. The best way is to tell him that you’re not interested. But if you’re not sure how to do that, the following are some ways of rejecting a guy without hurting his feelings.

– Say “I appreciate your effort, but I don’t think we would have anything in common.”

– Say “You seem like someone I could have fun with, but unfortunately I don’t want to date anyone right now.

It Can Be A Big Turn-Off

When a guy starts showing too much interest in you early on, it becomes important for you to consider if you are ready for that kind of attention.

When you start dating someone new, It is best to build up your connection with them slowly and get to know them before you make any statements that might be too strong or too forward. But, some guys fail to understand and appreciate this concept, and as a result, they start giving out wrong signals that push you away from them.

You start feeling that he has no respect for your boundaries and doesn’t take into consideration how comfortable or uncomfortable his actions are making you feel.

No spam, notifications only about new products, updates.
PrevPreviousI Thought It Was A Date But He Invited Friends
NextI Miss My Husband And He’s Right Here – What To Do When You Feel Less Connected To Your PartnerNext
On Key