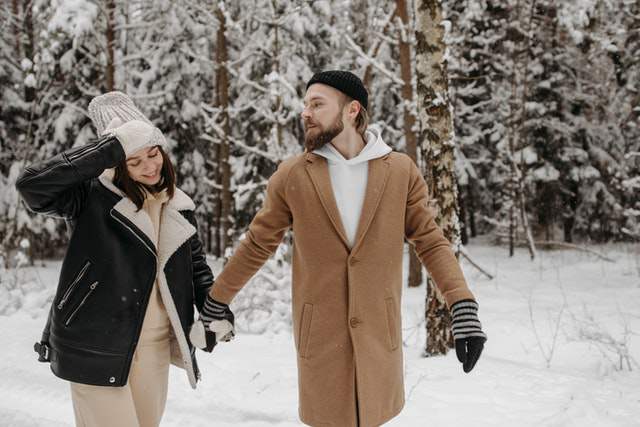 Explained: What Holding Hands Means To A Guy

Men can be hard to communicate with, but they are usually more willing to express themselves through action rather than words.

When he holds your hands, it is one of the most intimate and romantic gestures that he can do with his romantic partner. He wants to connect more deeply and feels very comfortable around you.

When a guy holds your hand, it can mean a lot to you, but you wonder if it actually means anything to him or not. The meaning can depend from person to person. There’s solid science behind the idea that holding hands helps people build trust/create deeper connections.

Can holding hands mean the start of a new relationship?

Sometimes guys worry that admitting they need love makes them seem less macho. But guys with a lot of experience know that sometimes it’s exactly what they need and will always make the right choices.

Hand-holding is often seen as a normal part of life, but sometimes women find it hard to predict what the guy is thinking.

It can be tricky to tell if he just wants to be friends, or maybe he’s flirting and just being nice. Maybe he was feeling nervous, and by holding your hands, he’s trying to calm his nerves. What does it mean when a guy holds a woman’s hand?

It’s usually a sign that he likes you. There are many reasons why he might hold your hands instead of other, more intimate forms of contact.

Different couples like different things and have different comfort levels. Some girls really like when their special someone shows public displays of affection, but, it’s not always the case. What’s most important is that the two of you are on the same page in what you both like.

When he doesn’t feel comfortable with physical affection publicly, holding hands can be a great way for him to show his love and connection to you.

If he’s not comfortable with PDA, respect his choice.

When someone takes your hand and holds it, it could be a way of them showing their interest in you. It could be that he’s too scared to go for a hug or even just a kiss. Maybe he just wants to take things slow.

In the early stages of a relationship, holding hands is a nice way to build physical and emotional intimacy.

3. He wants to see the reaction.

Many guys don’t know if their feelings are real. He might be holding your hand to see if you’re the one.

Holding the hands of your special someone for the first time can be really revealing. You never know so much about them until you first connect physically. It can set the tone for the whole relationship. When you’re trying to figure out what holding hands means to a guy, it’s best to see the circumstances when this happened.

What does it mean when a guy holds your hands while driving?

A lot of women like it when their partner holds their hand while they are driving. It’s a sign you’re on his mind all the time; now’s not the time to worry if he wants more than that because it’s a beautiful experience, and you must focus on enjoying the moment.

If he wants to have a relationship with you, let him confess it to you in clear ways.

When a guy holds your hand while interlocking fingers.

When a guy holds your hand while linking his fingers into yours, it shows the deep closeness and warmth you share, reflecting the bond in love you have.

It can be hard for guys to express their feelings, so sometimes, they leak romantic cues. Holding your hand while interlocking fingers is a sign that he wants to be more intimate. He’s just trying to tell you that he wants a closer relationship and you can count on him.

Sometimes he’ll make this gesture to show confidence and support.

When you’re also trying to get your fingers interlocked, it’s usually a sign that you both are into each other. You’re on the same page when it comes to having this relationship. You want to invest in this relationship equally and make it deeper.

When he tries to interlock fingers while holding hands with you it can also be a sign that he wants to show confidence and support. Maybe he is trying to tell you that you can depend on him.

Meaning of a guy squeezing your hand while holding it.

When a guy squeezes your hand, it usually means he likes you and is sending you a message that he doesn’t want to lose you. He’s only telling you that you mean a lot to him by squeezing your hand. This might be a sign of his love for you and the intensity of those feelings. Sometimes he will make this gesture to comfort you when you need support during bad moods.

When he gently squeezes your hand in a romantic setting, to show him how you feel, take the opportunity to squeeze his hand for a bit too.z

Holding your hands while crossing the road.

When he holds your hand while crossing the road, it’s a great feeling, and it makes you feel precious, loved, and wanted.

Crossing the street might be dangerous, but holding hands could mean something special. Even if he hasn’t said he loves you yet, this is a sure sign that he cares for your wellbeing. Maybe he is trying to convey that he will always be there for you.

When he holds your hands in public.

When he holds your hand in public, it is his way of showing you that you are his number one. It can show that he trusts you or that he is proud to be with you.

If he reaches for your hand or ‘holds’ on to it, it usually means he wants you to stay close or follow him.

Before the days of dating apps, many people believed that holding hands was a sign of exclusivity. Some people hold hands in public to signify a commitment. This indicates a certain level of intimacy. Sometimes this sign is bigger than kissing; he may kiss you because of other needs, but by holding your hand in public, he is basically marking you as his own.

When he holds your hand in public, it’s like he wants people to see that you two are very close with each other. He likes to make others aware of the fact that you make him feel confident and comfortable about your relationship with him.

When he rubs your thumb while holding hands.

When he rubs your thumb while holding your hand, it is a really sweet sign that he cares for you and likes you. It’s probably not something he does with just anyone. It lets you know that he’s not shy to freely express his interest in you.

When he does this, you will feel a sudden wave of chemistry and will instantly get an overwhelming feeling of joy and happiness.

When he holds your hands on the first date.

The first date is a time to feel out the other person and see if you want to take things further. You can use body language, eye contact, and conversation to determine if this person is right for you.

Holding hands with a new partner can be a good indicator of chemistry. If they are holding your hand, it’s much more likely that they do want to pursue something with you.

When you’re on the first date, and he grabs your hand, it can be an electric moment for both you and him.

Whether or not he holds your hand on the first date will depend on his personality and preferences.

Ideally, you should make sure that you are comfortable with him initiating intimate contact with you. If you are uncomfortable, he should not feel offended or disrespected.

Sometimes when a guy tries to hold your hand on your first date, he might come across as a touchy-feely to you.

When he tries to hold your hand around family.

When he wants to hold your hand around family, it isn’t always good to allow it. Many women will be likely to feel pressured after this gesture.

If he grabs your hand when he’s around his parents, you might feel a sense of support and validation in an unfamiliar environment. This could be him telling you that he cares about you and will always be there for you.

No spam, notifications only about new products, updates.
PrevPreviousBoyfriend Moving Out of State: How to deal with this situation?
NextWhat is the meaning of “boyfriend material”?Next
On Key