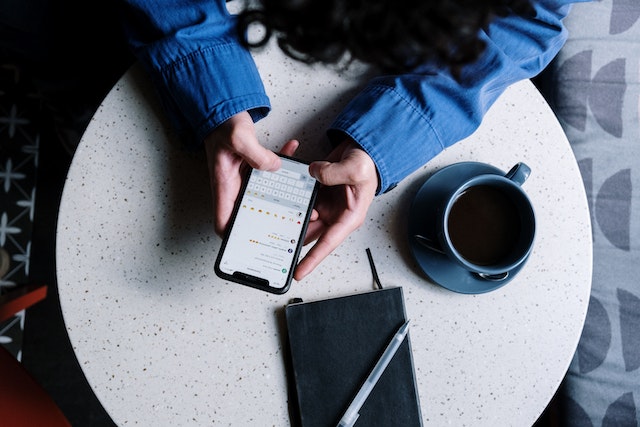 My Ex Is Dating Someone Else But Still Texts Me

My ex is dating someone else but still texts me. I don’t know what to do. I really miss him and I can’t stop thinking about him. He’s been dating other people for a while now, but he still texts me sometimes. I don’t know if he wants to get back together with me or if he just doesn’t want to let go of the past.

It’s hard to move on when you’re in this situation because you’re not sure where you stand with your ex. You might be tempted to text him back just so that he’ll reply, but that’s a bad idea because you’ll be giving him an opportunity to manipulate you, and it will only lead to more confusion and pain in the end.

Instead, it’s better for both of you if he knows that he can’t contact you anymore because it will give them time and space to move on too, instead of staying stuck in the past like you are.

Stop Being Available To Your Ex

The more you make yourself available to your ex, the more you will tempt them to use you as a pamper toy. They want to be able to have their cake and eat it too, so they will keep coming back for more, even if they are not interested in being with you again.

He Just Wants Some Action

When you are getting constant texts from your ex, It doesn’t necessarily mean that he wants to get back together with you. It could be because he’s just a creep and wants to keep harassing you. Or he wants some action – whether it be attention, affection, or sex.

For some people, this can be an ego boost because they are getting attention from an ex who has moved on with their life.

He Wants To Know What He Is Missing

It can be a difficult situation for the person who is still in love with their ex. He doesn’t want to come off as clingy, but at the same time, he doesn’t want to miss out on anything that could happen between him and his ex.

Maybe he still feels something for you and wants to know what he would be missing out on if the two of you don’t talk anymore.

He’s not texting you because he’s being polite or because he doesn’t have anything better to do – chances are that he still feels something for you and wants to stay close even when he is dating someone else.

He Is Just Using You For Emotional Support

It is common for people to have mixed feelings when they are in a relationship. He may still love his ex, but he can’t be with her right now because he just started a new relationship. It’s understandable that he wants his ex to be there for him when he needs emotional support.

But it is not healthy for you to stay in contact with the person you broke up with as it can lead to confusion and unhealthy thoughts. He should focus on his new partner instead of you because she will be the one who will be there for him when he needs emotional support. If You Allow Him To Stay In Touch, He’ll Start To Use You As A Shoulder To Cry On

It’s hard to get over someone when they’re still in your life. Even if you’ve been broken up for a while, it’s hard to resist the temptation of letting them back into your life because it feels good to have someone care about you again. But if you do, you’ll find yourself getting hurt even more than before.

When you get too comfortable with your ex, he’ll become too dependent on you. Whenever he has a fight with his girlfriend, he’ll start to use you as a shoulder to cry on.

It is not acceptable for someone who sabotaged his relationship with you to come back and cry on your shoulder. It is very clear that they are not sorry for the way they treated you, but they are just trying to make themselves feel better.

There are many reasons why people break up. Some people don’t have enough time to dedicate to their relationship, while others may have fallen out of love. But no matter the reason, it is unhealthy for you to stay in touch with an ex who has already moved on.

If you allow him to maintain a connection with you, you’ll find yourself back in the same situation that caused your original breakup. It’s not a good idea to get back together with someone who doesn’t want to be in a relationship with you because it will just cause more heartbreak down the line.

If he’s still in your life, he’ll constantly be a reminder of what you were once like. When you see him, you might think about what the two of you could have had together if you were still together.

Getting Back With Exes Doesn’t Work

Many people find it hard to move on from their past relationships and can’t seem to find love again. But when you Keep in touch with an ex, it will make it even more difficult for you to move on.

There are so many things that can be brought up in a conversation that will bring back memories and make it difficult for you to move on. It’s hard to keep the past in the past when you still have contact with those who are a part of it.

Rekindling a relationship with an ex might seem like the answer to your problems, but it is actually the opposite. Reuniting with your ex will cause you to constantly compare them to the person you are dating now. It will also create an intense feeling of guilt that will make it impossible for you to concentrate on your present.

It’s important to understand that if your ex is trying to get in touch with you again and again, it’s because he lacks clarity. He doesn’t know what he wants or how he feels about you. And this is why he keeps contacting you.

But that doesn’t mean that you should take the bait and start a conversation with him. He lacks clarity in his life. He doesn’t know what he wants. Ans probably he is not mature enough to commit to someone.

You need to be firm and tell him that you are not going to engage in any kind of contact with him. If you want to help, tell him to figure out what he wants from life and from his relationships.

When someone doesn’t have closure, it can lead them to feel incomplete and restless. They may feel like something is unfinished, and that can cause them pain and confusion.

They want to know if their relationship with you was worth it, if they made a mistake by ending things, or if they are just missing something from the relationship that they can’t find in the new one.

If You Want Peace Tell Him never to contact You Again

This may sound like the most obvious thing in the world, but it’s something that many people find themselves struggling with. Why do we have such a hard time telling our exes not to contact us?

The answer is that it’s really hard for us to let go of someone we cared about deeply and when they contact us, it feels like they are still there with us. It’s not just about the person contacting you – it’s about what they represent for you and how much they meant to you in the past.

No spam, notifications only about new products, updates.
PrevPreviousWhen Your Ex Keeps Calling From Different Numbers
NextWhy Is He So Into Me So Soon?Next
On Key