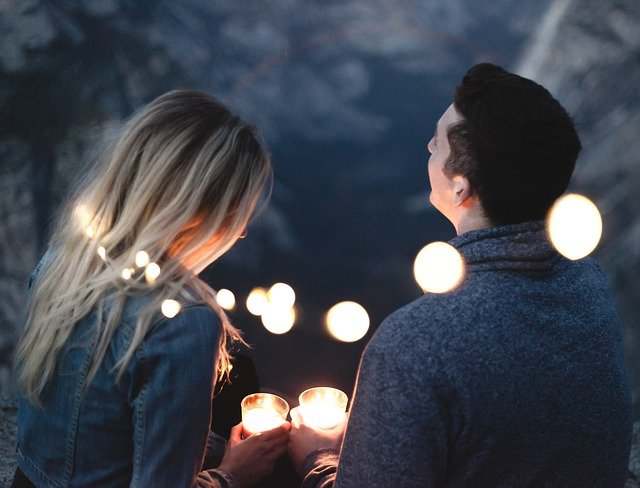 Everyone around you strongly believes that he is into you, but you are confused.

You have always seen him sending mixed signals. Sometimes, it looks like he has completely fallen for you; the other times, it seems like he doesn’t care about you.

Men often struggle with their emotions. They are sensitive towards how they come across before their potential mate, and they don’t want to be seen as clingy or needy.

Although you have strong feelings for him, he just doesn’t seem to be giving back as much as you want from him.

But you strongly believe that there’s some attraction between the two of you. You know that these are not made-up signs.

Telling the difference between “he’s not interested” vs “he’s pretending not to like you” is difficult. But, if you know how to do it, then it will make your life easier.

When he shows the signs that he’s acting like he doesn’t like you, it’s probably, because he’s into you. He is not coming clean because it might be hard for him to give his true feelings away.

Why is he not coming clean?

There is no hidden secret here; Guys can sometimes behave strangely. It seems that they want to confess how much they like you, but something is stopping them from doing it.

Often, they are worried about losing their pride.

He’s scared that you’re going to reject him, and that will have a massive impact on his ego.

He’ll pretend that you aren’t worth his time and hope it’ll all disappear.

The other scenario can be that he wants you to read his mind and make the first move.

Maybe he had a messy experience about how things went the last time when opened up about his feelings with his crush. He might need some time to build up the courage again.

His inconsistent signals will always confuse you. To avoid getting the wrong impression, we have for you some obvious signs that you should look for to see if he’s pretending not to like you.

1. People Think You are a Couple.

You usually see him more than 2-3 times a week, and he’s always in the pictures and stories you post on Instagram. You feel more comfortable around him as compared to your other male friends.

It seems that all your friends assume that you two are in a relationship.

2. He is Different Around You.

It’s normal for everyone to act differently around the people they like. When he is into you, you’ll notice that he is different when he’s around you.

How he acts with you will be completely different from how he behaves with other people, be it his friends, family or office colleagues.

One example is when the guy looks at you with a great deal of admiration and respect. There is some small change in his mood that he shows you around; He treats you differently because you carry a special place in his heart.

3. He Likes Spending Time With You.

When someone spends a lot of time with you, it signifies that they like you. If you see him always making himself available for you and quickly jumping at any chance he gets to spend time for you; then it may mean that he has feelings for you.

He will always prefer to meet you rather than spend his time anywhere else.

Maybe he is hesitant to ask you out, but still, he will manage to find reasons to meet you every now and then. We enjoy spending time with people we like, and our friends hang out with us because they like us. So, when you see him finding reasons to spend more time with you, it is because he really likes you.

When he sees you with a guy trying to flirt with you, it makes him feel jealous. It’s not even hard for you to tell when he is jealous, and he just gives it away. You see a sudden change in his body language and attitude.

Although he pretends he doesn’t like you, he can’t handle seeing you with other guys. He may have a strong crush on you, but he finds it hard to express his feelings.

You may find this all confusing; for a moment, you may feel that you are cheating on him by talking with other men. But then again, the fact remains you are not in a relationship with him.

Because he is jealous, you start feeling guilty about talking with other guys. It may be confusing for you, but the reality is that you are not in a relationship with him. You can’t cheat on somebody with whom you don’t have a relationship.

5. He Enjoys Teasing You.

Teasing is a way of flirting that can lead to a more personal relationship. Teasing builds trust and is often a gateway into getting closer to someone who interests you.

If a guy likes you, he will tease you playfully. They get a kick out of making you blush.

He makes you laugh by joking and teasing rather than telling you that he has feelings for you. You might be thinking that he just wants to make you feel better, but the truth is he’s attracted to you and wants to do more than just talk.

6. He Tries to Know You Better.

If someone pretends not to like you, they will often show a lot of interest to know more about you. You must pay attention, as this is one of the major sings the likes you but acts like he doesn’t.

This happens because they will make a conscious effort to learn about your personal life. They are very interested to know what’s going on in the world of their potential crush. They will always seek opportunities to ask you more personal questions.

You may find that they are unusually interested in your love life. This is because they are trying to figure out if you’re currently dating someone or whether you’re open to having a romantic relationship with them.

Have you ever been in a situation where someone who really liked you acted like they didn’t care? It can be frustrating because you can’t tell if the person is just shy, or if they are playing with your feelings.

Men can be tricky, especially when it comes to dating. They’ll act like they’re not interested when they secretly are or pretend like they don’t care when they really do. Many guys pretend they don’t care because they are shy or because of fear of rejection.

If a guy is into you, his body language will be the biggest indicator. When he sits close to you, gives you frequent hugs, finds reasons to touch you, it is an indication that he has developed a liking for you. The closer a guy gets to you, the more he likes you.

When you guys are together, He can’t just throw himself into you, but, It’s a bit hard for him to resist the temptation of being touchy with you.

9. He will Try To Make You Jealous

When a guy is pretending not to like you, he may be trying to make you jealous. It’s important to know that this behavior isn’t always a bad sign. Sometimes, it can be a sign that he feels something genuine for you and is just trying to see how his actions affect your emotions so that he can figure out what he should do next.

You may see him making efforts to make you feel jealous by hanging out with other girls, commenting on their Instagram photos, etc.

Although you may find it weird but, he is just trying to get your attention.

10. He is Sending Mixed Signals.

If someone pretends not to like you, he will send mixed signals about his feelings. This may create confusing and frustrating situations for you.

Sometimes you feel he really likes you, but you see him pulling away the next moment. He will often say “we’re just friends” but his actions often make you teel that he is into you.

It looks like he has feelings for you, but he doesn’t consistently show them.

His behavior shows that he is into you, but at the same time, he is struggling to know what he wants.

Men aren’t perfect at expressing what they need and want in dating. In fact, according to a recent study, men are less likely to communicate their feelings than women.

11. He Avoid Talking about Other Women.

When a guy likes you, he’ll usually avoid talking about other girls. He might bring them up occasionally if it’s to make you jealous.

Men will always try to make themselves look good when they are in the presence of the person they like. They tend to avoid talking about other women in front of their crush because they want to appear loyal and trustworthy. When a guy pretends not to like you, he’ll often make an effort to get your attention.

He’ll avoid talking to or approaching you; instead, he will ensure that he’s in the same group as you at work, the gym, or your friends.

Further, he will try to do or say things that make him stand out in that group.

If you think he feels strongly for you, rather than focusing on his words, Take note of his body language instead.

Paying close attention to a man’s actions and how he treats you can give you a better idea of his feelings than what he tells you.

Usually, it is not a simple glance, but he will constantly look at you. The way he looks will make you feel that he strongly likes you.

If you are looking for signs that he is pretending not to like you, consider making eye contact as positive body language signs.

14. He Wants To Look Attractive in Front of You.

When he wasn’t into you, he didn’t care about how he looked and never thought much about his appearance. But now, all the sudden, when he is you, it appears as if he’s always making an effort for you.

You’ll notice that even when he’s on social media, he always poses so well for his pictures to capture how great of a person he is. He wear better clothes, looks better and smells better.

No spam, notifications only about new products, updates.
PrevPreviousHow Often Should You See Your Boyfriend?
Next13 Absolute Signs He is Making Love to YouNext
On Key