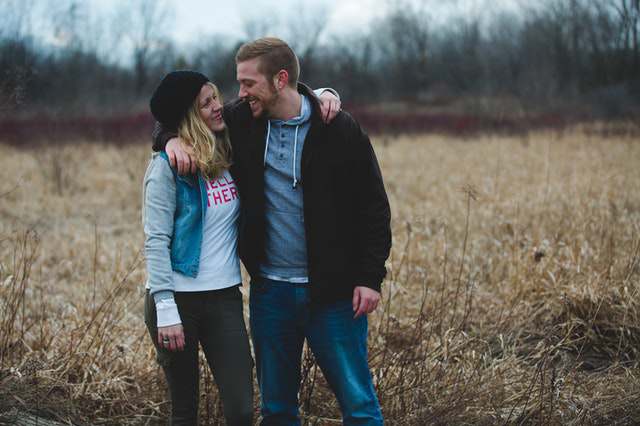 So, you’ve been crushing on this guy for weeks now. He’s so cute, so sweet, so charming… but he won’t ask you out. It may seem like he’s not interested in you at all – but is that really the case?

Sometimes you get all the good signs from a guy, but he still refuses to make a move. You will see him flirting with you, staring at your body… You always wonder – if he really likes you, why is he holding back?
Girls think that guys will automatically approach them if they show some signs of interest. But for a guy, there are a million different ways girls could be inviting him, and he may not know what to do as a result.

There are many reasons why a guy might not ask you out. It could be that he is intimidated by your beauty, he is shy, doesn’t know how to talk to you, or prefers to date someone who is more like him.

This article will explore the various reasons why a guy might not be asking you out but still has feelings for you.

This article will explore the various reasons why he might not be asking you out when he still has feelings for you.

A few obvious signs are when the guy has been doing everything to spend time with you. He texts, calls, and even visits your place often without being asked or invited? This could be a good sign that he likes you and just doesn’t know how to ask you out on a date.

It might seem like he’s giving you all the right signs but hesitating from actually going on a date with you.
Below are a few reasons he has not asked you out yet.

1. He Is Waiting For You To Make The First Move.

A man’s mind is a tough thing to read, and we can never know for sure what he is thinking. It may be that he is afraid to ask you out and doesn’t want to risk rejection.

It could also be that he likes you but doesn’t think that you like him back. He may be waiting for a sign from you that shows him that the feeling is mutual before making a move. Sometimes it will seem like he likes you a lot but is too shy or introverted to talk to you. Maybe he doesn’t know how to approach you; it’s also possible he’s never asked a girl out before. He keeps telling himself that if he spends enough time with you, though, things will work out in the end.

2. He Has No Idea About How You Feel.

If a guy is not asking you out, it could be because he is not sure that this is what you want. If he has been asking you questions about your life and interests, then maybe he is trying to get a sense of what type of person you are before popping the question. The more time they spend with you, it will make it easier for them to understand your feelings.

He might be interested in you but has second thoughts about asking you on a date because he’s unsure how you feel. If there were no signs of interest before, he might not know how to proceed with the relationship.

He may have noticed you on social media. He might be wondering whether you’re in a relationship already or if he heard something wrong about your dating life.

If he isn’t showing any interest, then the fact that he doesn’t know your feelings can be a reason why. It is possible that he has not made a move yet because he doesn’t feel sure whether you will be interested or not.

You might think that he is not interested in you, but he may be confused about his own feelings.
It’s possible that he isn’t sure what he wants. He might be afraid of hurting you if the date doesn’t turn out well. Or it could be that he doesn’t want to have to deal with your rejection after asking you out.

He may have already given up on trying to win your heart because he thinks chances are very slim. Maybe you have said no to him in the past, and he is scared of rejection right now. It could also be because of a personal issue or maybe even because of his own insecurities.

4. He Is Actually Afraid To Lose You As A Friend.

Many men and women want to date someone with whom they have a strong connection. But they may not know how to ask the other person out. Men may feel like they will ruin the friendship if he asks you out and it doesn’t work out.

The fear of rejection and fear of ruining your friendship may be why he is holding from asking you out.

The guy might not be interested in having a romantic relationship with you because he wants the relationship to develop slowly without being too serious too soon. Possibly, the man may have been putting off this idea so long that he no longer knows how to put it into motion.

He might be shy, or he doesn’t know what to say. If you ask, “why won’t he ask me out,” it could be because he is not sure what he wants. It might seem like he is uncertain of his feelings, but this is more likely the case if you have both been friends for a while before becoming romantically involved.

The struggle to get someone to tell you that they like you can feel almost impossible at times. It’s important for men to show their emotions to give women an indication of how they feel about them. Women are used to being pursued by guys all the time, and it’s hard for them to know when someone likes her if they don’t tell her so themselves.

The first thing we need to address is whether or not your guy is interested in you and if he has any romantic feelings for you. Because this could be the reason why he’s hesitant to make a move on you. You can find out by asking him about his feelings towards you and seeing his response. It could be that he’s not sure how to take it slow, which would also make sense because of the way he’s been acting towards you.

Even though he is interested in you, he might want to take things a bit slower. He might be a little scared of being rejected by you. This is the reason why he’s been more hesitant to open up and make his move. A lot of people have had some experience with rejection, so it can really put people off from opening up.

8. Too Scared To Commit.

It’s very common for people to be scared of commitment. It often feels like once you ask your special someone out on a date, the whole thing will speed up right away. Rather than starting to date and see how things go, He might be stressing too much that the relationship will move too fast, which will be difficult for him to handle. Thinking that he will lose his freedom and be trapped in a relationship stops him from making any commitment.

A guy might be hesitant to share his feelings because he’s never done it before. It can also be a big responsibility for a guy to know what he feels and share them with the person he likes.

For many people, it is terrifying to confess their feelings for the first time, let alone if he’s never been in a relationship with a girl before. This scares him and may make it hard for him to open up.

He might want you to make the first move so that he does not have to put himself in an awkward situation.

It’s hard to tell if a guy likes you or not, but there are ways to find out. If he’s not asking you out, then there could be reasons for it.

No spam, notifications only about new products, updates.
PrevPrevious5 Tips on How to Deal with a Jealous Boyfriend that Doesn’t Involve Breaking Up
Next9 Tips To Get Over Someone You Never DatedNext
On Key