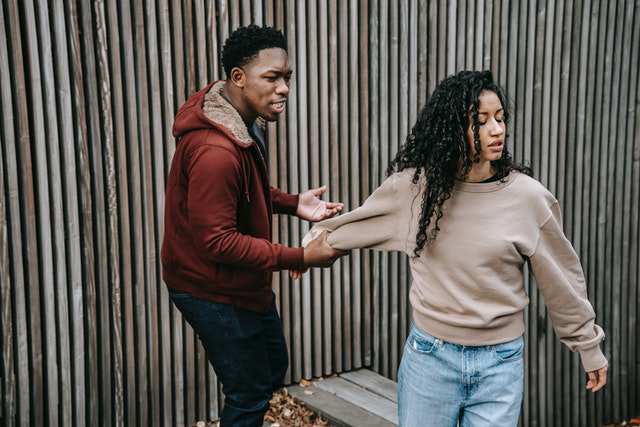 A lot of guys have this tendency to make last-minute plans with their women. Although they’ll call it spontaneous, the truth is that they’re too lazy to plan in advance.

“I’m free at work today and my boss probably won’t mind if I disappear for a couple of hours. Would you like to meet up for lunch?”

When you get a text like this from someone you just started dating, it’s natural to feel excited about it. You feel good about yourself when people desire your company.

It gives you an ego boost when the person you like takes some time out from his schedule to see you.

But if he never plans in advance and all of your dates with him are last-minute, it might start to feel like you’re just a last-minute thought for him.

When it comes to relationships, there are a lot of written and unwritten rules regarding how couples should behave with each other. For example, it is strongly believed that it is men who should always make the first move. Women, on the other hand, are expected to be more mysterious.

Many of these rules have evolved with time. Nowadays, experts say that if you want a happy relationship, you should always try to be yourself.

Don’t Make Yourself Too Available

When experts ask you to be yourself in a relationship, they do not suggest you be an open book right off the bat.

Making yourself always available to your guy when he asks for a last-minute date is a bad idea. It will do more harm than good to you in the long run. There will be times when you receive an unexpected call from your crush wanting to hang out with you on short notice. It is okay to feel excited about it. But, you should turn him down nicely even if you are free for the evening.

If you like someone, it is normal to have a strong urge to tell them how you feel. But, you should do so with caution.

Let him know you’re happy to hang out with him, but it will be a lot more fun if he plans in advance.

It can be hard to turn someone down when they ask you out last minute. Things like “I don’t want to give him the wrong idea” or “I’m not dressed up enough” go through your head. Below are a few reasons you should refuse to go on a last-minute date with him.

Your Time is Valuable

Guys who always make last-minute plans with you are often self-centered and selfish. They don’t care about your schedule and only want things to get done their way.

A person who genuinely cares about you will know that your time is as valuable as his time. But if he doesn’t respect your time, you should stop making yourself available to him as per his whims and fancies.

When you choose not to go on his last-minute date plan, you are telling him that he has to put in a bit more effort if he wants to see you. If he doesn’t feel like putting in the initial effort to plan a proper date, then maybe the two of you aren’t right for each other.

In budding Relationships, It’s important to Put yourself First

Don’t make this guy your whole world. You were fine before he came into your life. You had a great job, good friends with whom you traveled to new places and had great adventures. With dedication, discipline, and effort, you’ve created a great life for yourself. If a guy wants to enter your life, he shouldn’t expect an easy entry point into your world by asking you out on last-minute dates. He has to prove his worth first – until then, you should always try to put yourself first.

Guys find women who live life to its fullest very appealing. A guy who’s serious about wanting a long-term relationship will make special efforts to be a part of her life.

When You Turn Him Down, He Will Plan Ahead for The next Date

If you make him the center of your life and let yourself be available to him at all times, he will have no reason to put in more effort for you.

If he’s always asking you out at the last minute, you’ll probably feel like you’re pretty low on his list of priorities.

If you want a healthy relationship with your guy, he has to make you feel good about yourself. Maybe he’s a great man who genuinely cares for you, but still, he might need a nudge from you to go in the right direction. When a man knows that you will probably not be interested in going out on a last-minute date, he will always put an extra effort into planning in advance.

If you tried everything and he is still unwilling to put any effort into you, it means he is not yet ready to give you the importance you deserve.

It’s Rude When He Wants to Take You Out on a Last-Minute Date.

This stress kills the excitement and is a big turn-off for many women.

Many women don’t have the time and patience to deal with dressing up and styling before going on a date. But some guys will want you to look your best even if the date was last minute.

You often find it hard to figure out why he can’t plan a proper date for you.

When he’s always making plans last minute with you, he’ll try to justify it by saying he’s always busy. When he makes this excuse, he is indirectly trying to say that his time is more important than yours. He expects you to be appreciative of the fact that he has managed to take out time for you from his busy schedule.

They want you to always be available for them, even if it’s a last-minute date. If you already have plans, they expect you to cancel them.

If a guy wants to take you on a date, he should be courteous enough to plan in advance. When you are starting out with a new guy, you expect him to make an effort to plan fun dates that work for both of your schedules. A guy who’s unwilling to make plans for you usually doesn’t fancy a long-term relationship, either.

When he tells you how much he likes spending time with you, it makes you feel that he is lying. If you’re that important to him, he’ll respect your time. When he only makes plans with you at the last minute, it signifies that he has a lot going on in his life, and you are just a last-minute thought for him.

No one wants to date a guy who only spends time with you when his original plans get canceled. You should be with someone who values you and give you the love and acceptance that you deserve.

One of our readers wrote – “He texted me to ask me out on a date at the last minute, and I politely said no because I already had stuff going on. He replied ok! will never make this mistake again. When he called me a few weeks later, I decided to end things with him”

Some guys have the nerve to say they’re disappointed when you tell them you’re unavailable for their last-minute date idea. That’s pretty inconsiderate, and it’s extremely rude.

It’s fun to go on spontaneous dates sometimes, but if he never takes you out on a formal pre-planned date, it’s insulting and disrespectful.

No spam, notifications only about new products, updates.
PrevPreviousMy Boyfriend Never Takes Me Out – Is he Taking Me For Granted?
NextWhat does a Lunch Date Mean to a Guy?Next
On Key