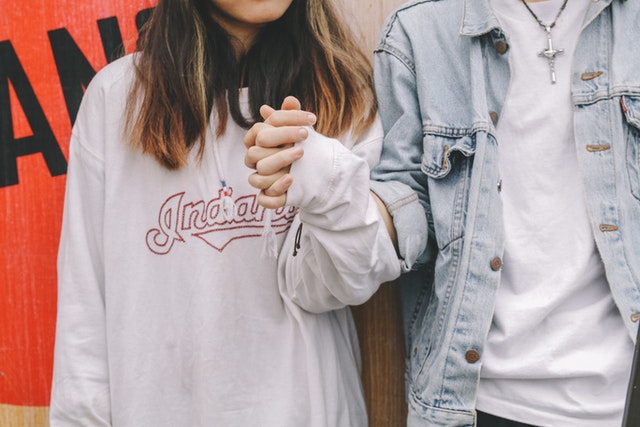 He Chose Her Over Me But Wants To Be Friends

When a committed guy gets attention, acceptance, and love from someone outside of his relationship, it gives him a feeling of excitement and euphoria. The charm and excitement of getting into a relationship with someone new make him turn a blind eye to his almost perfect existing relationship.

He gets overly impressed with her outward appearance and fails to make an effort to get to know this new woman better. This euphoric feeling leads him to assume that he’ll have a happy and fulfilling relationship with this new girl.

If you see him trying to get in touch with you after choosing someone over you, it may be because he has realized that leaving you was a big mistake.

Many of us sometimes view relationships as all sunshine and rainbows; we assume that once we are in a relationship with this new person, life will be smooth, exciting, and fulfilling.

We ignore the fact that no relationship is perfect; every couple has its own ups and downs. Relationships only become perfect when you overcome and accept each other’s shortcomings, imperfections, and flaws. Once the initial honeymoon stage of a relationship is over, you start noticing those minor flaws in your partner that you neglected before.

Having a meaningful & fulfilling relationship is all about dealing things with more maturity and patience.

Maturity in relationship means making big decisions only after looking at the big picture. It is all about enjoying the gratification of romance while believing the best is yet to come. Maturity is all about being patient and watching your love grow day by day.

If you seek a fulfilling and happy relationship, you’ll have to make healthy compromises and put more effort into making your partner feel special and loved. Rather than focusing on the flaws of your partner, you have to focus on being more accepting and appreciative of what value they bring into the relationship.

Why does your ex want to be friends with you after choosing someone over you?

Moving on from your ex is always very difficult, especially if your former romantic partner is still dependent on you for emotional support.

Giving him emotional support without any perks can be a draining experience. It may make it difficult for you to move on with your life.

Breaking up with someone can affect us all in different ways. Some people react beautifully and take control of the situation; others might get depressed and need some time to recover.

If your breakup was peaceful and free of any drama, you are less likely to feel awkward around him. This way, if he starts feeling lonely and needs somebody to talk to, he would not hesitate to contact you for emotional support.

2. He Wants to Be Friends With Benefits

Maybe your ex wants a no strings attached relationship with you. He wants to be physically intimate with you without any commitments.

3. He Regrets Having a Breakup With You.

There is a possibility that your ex has now realized that it was a rash decision to choose someone over you. When things are not going well, many times in the heat of the moment, we say or do things that we regret later. By asking you to stay friends with him, he might just be trying to work things out again.

If you were good friends before this relationship, maybe he is missing that friendship now. He’s reaching out to you because he wants your presence in his life. When he broke up with you, it was like losing two important relationships in one go for him.

Now that he’s moved on romantically, he’s missing that friendship.

You’ve been a regular feature in his life for a long time; he may find it hard to cope with changed circumstances after the breakup. Maybe he didn’t realize it earlier, but now he’s scared of these changes in his life. Breakup impacts every aspect of your life – emotional, career, finances, and daily chores. By asking you to be his friends again, he is trying to get you back in his life (minus the romance.)

6. Still Want To Have Control Over You

Some men often feel insecure about their lives and are unable to control certain aspects. When they attempt to control their partner, it makes them feel better about themselves.

There is a chance that he was never in love with you. Maybe your relationship with him was only one-sided. Now that he has moved on, he doesn’t want you to see him as a flirt and a cheat. To mend his image, he’s trying to be harmonious with you, and this is probably the reason why he is asking you to be his friend again.

Why He Chose Someone Over You?

To get into a new relationship, he deliberately chose to oversee all the good things you did for him. He completely ignored the value you were adding to his life as well as the relationship.

The excitement and euphoria of getting along with someone new made him ignore all the efforts you’ve been putting in for this relationship with him. When he got acceptance from this new girl, it acted as an ego boost for him. It made him feel really good about himself.

He has no idea how things will be when the initial infatuation stage of this new relationship is over. Because he feels loved and accepted now, he’s assuming that it will remain as it is in the future as well. He thinks getting closer to her will make his life more meaningful and fulfilling.

Just because this girl is giving him a lot of attention, He’s not able to realize that he’s leaving an almost perfect relationship with you.

Usually, when a guy cheats, In the back of his mind, he thinks that he deserves to be someone who makes him feel happier and satisfied. He believes there is nothing wrong with being unfaithful as long as he is getting what he wants (You only live once). They think they have every right to do what makes them happy, even if it means hurting someone who genuinely loves and cares for them.

Every one of us has a moral obligation to be faithful to the person we love. Being unfaithful is not only evil but the worst form of selfishness.

To reiterate, he chose someone over you because he felt stronger emotions of desire than he felt for you. Because she was new and mysterious to him; he started seeing her as someone with no flaws.

Why Your Ex Wants to Be Friends With You?

If he chose someone over you but wants you to be his friend, it is because he doesn’t want to cut ties with you. Maybe he values your friendship a lot and is not ready to end all connections with you. It is sometimes also an indication that you have a special spot in his heart.

Is It An Indication That He Is Still Into You?

If he left you for a new girlfriend but still wants to be friends, it means he misses you. He enjoys your company and wants your positive energy around him, and it is a sign that he likes you but not necessarily in a romantic way.

You mustn’t misread the situation as it may break your heart again. He would have never broken up with you if he still loved you. It’s possible he is hesitant and doesn’t want to end your friendship. You are an important part of his life, and he may think the two of you will be better as friends.

If he wants you to be a part of his life, don’t jump to a conclusion by taking it as a sign that he’s still into you. It may only mean that you truly matter to him.

No spam, notifications only about new products, updates.
PrevPrevious‘I Cut Him Off Without Warning’ – How to Make Him Miss You?
NextWhat Does it Mean When a Guy Says He Needs to Focus on Himself?Next
On Key