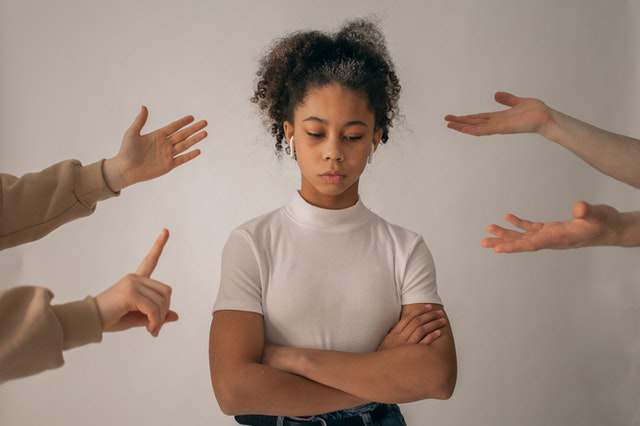 How to Respond When Someone Says You Deserve Better

How would you feel after someone you’re seeing tells you that – ‘you deserve somebody better’. They might sound nice and kind, but in reality, it would be like a slap in the face.

When your relationship with your significant other is coming to an end, a lot of things he says or does will stop making sense. This will be more so if you are the one who is getting dumped.

If your special someone is a very kind and compassionate person, he will like to make it as less hurtful as possible for you.

“You deserve someone better” is one of the most common phrases used during breakups. It is normal to feel confused hearing these words from your partner. Figuring out the true meaning behind these words can be an emotionally draining experience.

When he uses this phrase, you may get a feeling that – “He probably thinks he isn’t good enough for you”

What does he mean when he tells you that you deserve someone better?

He is probably trying to say that he wants to break up with you. He is sugarcoating it, so you don’t feel too bad about it. He may think that by giving a compliment, he will come across as less harsh. In very few cases, it could mean what he is saying is the truth; he actually believes that you’re better than him.

How To Respond When He Says You Deserve Someone Better?

When your boyfriend tries breaking up with you it can be really difficult to stay calm and in control. Keeping calm will help you better manage this conversation. How they break up with you will impact this situation greatly. Stay calm to keep things from getting heated and try to be smart when dealing with the breakup.

It’s important to understand that your partner has decided that he wants to break up with you. It doesn’t matter how mad or emotional you get; he’s unlikely to change his mind.

When you are in control of your emotions, you can respond by saying, ” Thanks. I appreciate your honesty.”

You may feel like this relationship, or your partner isn’t worth your time, but it’s important to be respectful towards them anyway.

Why is it Important to be in Control and Respectful?

When you thank him for his honesty, he may start feeling guilty about hurting your emotions. It will also send him a message that you are not a pushover.

You may not be thrilled about this situation, but, If you can reply well and handle things in a mature way, you will be able to make him feel comfortable around you again. It will also help both of you to move on with your lives.

How Not to Respond When He Says You Deserve Someone Better?

Make sure that your response doesn’t make you seem like a person who is begging his romantic partner to stay.

Your response should make him feel that you are sad but still respectful towards him.

Asking them about why they broke up with you would be a bad idea, as it may blow things out of proportion. But don’t worry, they’ll tell you when they’re ready. In the meantime, try to figure out what went wrong by yourself. It might not happen right away but it will help you move forward and find closure.

Saying things that sound like a threat, such as ‘I think I’ll be better without you’, could make you come across as insecure or pushy. They might also act as reassurance to your partner that they were right to end the relationship with you.

Don’t blame yourself when a relationship ends, don’t think that you’re not good enough for him. It’s important to figure out the specific reason for his decision before coming to any conclusions about the breakup. Suppose he has his own reasons to break up with you. In that case, it’s important for you to understand that he has already made up his mind, and nothing you do or say is going to change his decision. Pressurizing him to stay will be a futile exercise and can do more harm than good.

When your partner tells you that you deserve someone better, he means one of the following things –

1. He Wants to Break up with you

When he tells you that you deserve someone better, don’t jump to the conclusion and take this as a compliment. There is a very high probability that he wants to break up with you.

2. He is Not Ready to Give What You Want

Timing is one of the most important factors in a relationship. A lot of women end up in a situation where they want to speed things up with their partner, but the guy is not yet on the same page.

It’s possible that he still has some doubts about whether he wants to commit to a relationship. He might be really into you and also may care about your feelings, but at the same time, there is a chance that he doesn’t want to have anything serious for the time being.

So what does this mean for you? The answer will vary depending on your relationship with him. It is normal for some people to take more time than others before committing.

When you pressure him to take the relationship to the next stage, it can make him uncomfortable. And maybe this is the reason why he wants to have a breakup with you. He doesn’t want to give you emotional pain, and that is why he is sugar-coating his words by using phrases like – you deserve someone better.

3. He Thinks Very Highly of You

It’s possible that he’s just giving you a compliment. Maybe he wants you to know that he thinks very highly of you and respects you as a person.

Suppose he is deeply in love with you and genuinely cares about your happiness. In that case, he will never miss an opportunity to tell you how special you are to him.

4. He Needs Reassurance From You

Maybe he doesn’t want to break up with you but, at the same time, needs validation. There can be many reasons behind this.

There is a chance that he wants to know how much you are into him and how important he is to you.

If you think that your boyfriend has always been an attention seeker, then there is a high probability that what he wants from you is to give more respect and validation so that he can satisfy his ego.

5. He thinks he will not be able to give you the happiness that you deserve.

It’s possible he has some low self-esteem or worries about not being able to provide for you. He could feel like he’s not going to give you the lifestyle you’re used to. Maybe he is always worried that he will disappoint you.

For instance, you might have a habit of buying expensive cars, going to obscure locations, or wearing fancy clothes. It’s possible that your high standard of living may be making him feel insecure, and he thinks that he’ll never be able to afford it. He might be worried that he’s not smart enough to date you, which is why he doesn’t want to take things further. Sometimes this is just a mental block and can dip out in time. There could be various reasons why he think that he is not the right person for you.

6. He Lives a Stressful Life

He strongly believes that your life is very less stressful than his. This is making him believe that having a relationship with you will lower the quality of your life and will make you as stressed as he is.

Maybe things in his personal life are too heavy, and if he opens himself up to you, it might be too much for you. He doesn’t want to bring all of those stresses into your life.

This could be because of his relationship with his ex, his health, financial condition, or because of some legal dispute that he is going through.

He thinks that his life is full of drama, and if you are there with him, this drama will spill into your life as well.

7. He Just Wants to Verify That You Are Willing to Settle For Him

It is a common belief that one person reaches and the other one settles in relationships.

By telling you that you deserve someone better, maybe he wants to know if you are willing to settle or compromise for him.

If your relationship with him is still at the initial stage, it is very important for you to carefully look at the future. Ask yourself if you are willing to make compromises for the sake of this relationship. Are you willing to settle for him?

No spam, notifications only about new products, updates.
PrevPreviousWhat Does it Mean When He Stops Watching Your Stories?
Next14 Signs He Wants No Strings Attached Relationship With YouNext
On Key