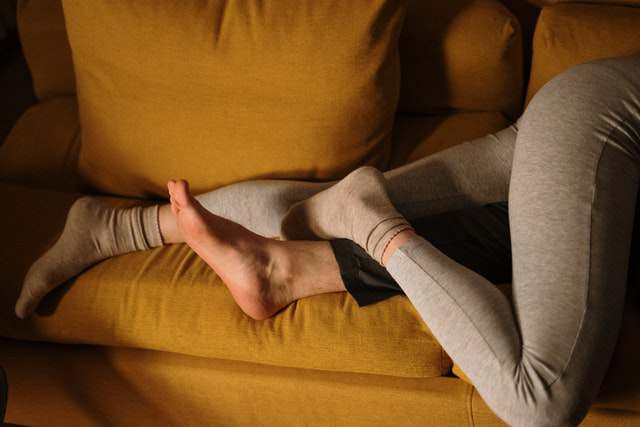 14 Signs He Wants No Strings Attached Relationship With You

Modern dating is often hard to understand. The rules of dating have changed significantly in the past few decades. It is not just a simple matter of meeting someone, going on a date, and then seeing if you are interested in them anymore. With the advent of social media, dating has become more complicated, and it is sometimes very difficult to understand what people are really looking for.

In a no strings attached relationship, two people come together for physical benefits. Neither of them expects to form any sort of emotional connection.

Suppose you are trying to figure out whether this type of relationship is for you or not. In that case, it is essential to first understand what a no strings attached relationship entails.

In a no strings attached arrangement, two people carry on only a physical connection with each other. There will never be any emotional connection.

Does he want a full-fledged relationship with you? or is he just there for sex? -In the initial dating days, many women struggle to find the answer to these questions

Having a no strings attached relationship with someone can be very exciting, but only if both of you are on the same page. Because you are reading this article, you are probably looking for a committed relationship with your partner. You don’t want to be with someone who just wants you for sex.

Signs that he wants a no strings attached relationship with you-

1. He Never Tries to Know More About You

If a guy wants a no strings attached arrangement with you, he will be less concerned about things going on in your life. He will never make any genuine effort to get to know more about you. He doesn’t care to know about your family, friends, or personal and professional life either.

2. He Only Contacts You When He Wants to Have Sex

Try to remember when he last contacted you? What time did he text you? What was the topic of that conversation? Did he say anything during the conversation that gave you a hint that he’s only looking for sex?

If he only wants to have a sexual relationship with you, you’ll notice that he only contacts you when he wants to hook up with you.

When he is not willing to have a normal conversation over text that does not involve sex, it is a big sign that this guy is not boyfriend material.

Your consistent positive response to his late-night texts when he is looking to hook up with you might be what keeps him this way.

You deserve to be with someone who loves you for all of you. Not just your body but who you are as a human being.

3. He Will Never introduce You to His Friends

When you are not a priority in his life, he won’t be bothered to introduce you to his friends. Even when you ask, he will come up with some lame reason why he can’t take you out to a party with his friends.

4. Your Best Moments With Him Are Only Sex Related

Think about the great moments that you had with this guy. If all these best moments are sex-related, it is a big indication that he only wants a no strings attached relationship with you.

When a guy wants to have a meaningful relationship with you, he will try to create great memories with you. He’ll plan amazing surprises for you, give you thoughtful gifts, and never forget anything you tell him. You will always see him making plans to go out on dinner dates with you at your favorite restaurant.

He will really put in the time to learn what you like and don’t like and will always have awesome dates planned. When you spend most of your time together having sex and ordering pizza at home, it indicates that he only wants you sexually.

5. There is No Foreplay

When it comes to physical intimacy, everyone has their own preferences but asking your partner for foreplay before sex is never too much to ask.

Some guys have this habit of just getting straight to the business without any foreplay. Foreplay helps women get into the mood. It helps them prepare their mind and body for sex. When a guy always skips foreplay, it can be a big turn-off for women.
It makes them feel that he just wants to satisfy his physical needs and doesn’t give a damn about her feelings and happiness.

Many women will find it rude when guys try to get things done his way without putting in any effort or caring about how she feels.

By asking him not to skip the foreplay, you are just telling him to warm you up by making out with you. Women like men who seduce them, not the ones who use them.

If your guy falls into this category, it’s a big Red flag for your relationship.

6. He Never Makes Plans to Go out With You

You want to go out with him and have some fun on a dinner date, movie date, or day at the beach. But when you ask him to go out with you, he always comes up with an excuse.

When you find yourself in a situation like this, it will be in your best interest to re-evaluate your relationship with him.

7. Every Conversation You Have With Him Turns Sexual

When he wants a no strings attached relationship with you, you will notice that he will continuously try to push the sexual conversation. Even when you are discussing a serious topic with him, he will throw in a sex joke out of the blue. You will notice that every conversation he has with you is somehow related to sex.

Sex is always in his mind, and he will always try to push that on to you. Even when you try to change the topic, he will drag you down to sex-related conversations.

Everyone likes physical intimacy, but it is weird when you talk 24×7 about the same topic. You don’t want a guy who’s always asking you – “am I turning you on?”

8. He Prefers Dates at Home Rather Than Actually Going Out

There is nothing wrong with spending time at home with him. But this looks more appropriate when you have been going out constantly for several weeks or months. Also, this is not how you’ll want to start your dating life with him. Initial dating days are all about taking your partner to special places where you can create great memories together.

9. Whenever He Gives You a Compliment It is Always About Your Body

Whenever he gives you a compliment, it’s typically about your body, not about any other aspect of you. Take a minute to really think about the last compliment he gave you and how it centered around what he found physically attractive about your body.

Has he ever said nice things about your nature, habits, or achievements?

10. Your Relationship is Not Growing

When a guy wants a no strings attached relationship with a girl, he will never ask her to be his plus one at the wedding. He will not take her out to parties with his friends and will be very unwilling to introduce her to his parents. The relationship will only be about sex because that’s what he wanted from the start. 11. He Shares Details With His Friends About His Sex Life With You

A guy who just wants you for sex will shamelessly mention about his sex life with you in front of his friends. He may even show all the sexts you send him to his friends.

If your guy falls into this category, you should break up with him immediately.

12. He Will Have No Interest in Spending Time With You When You Are Not in the Mood of Having Sex With Him

13. He puts a Lot of Pressure on You to do Things That You Are Not Comfortable Doing

14. He Doesn’t Give You The Respect You Deserve

You have seen him flirting with other women in front of you. He doesn’t reply to your text and calls, which often makes you feel that he is cheating on you. When he doesn’t care about you, it gives you a strong feeling that he only wants you sexually.

No spam, notifications only about new products, updates.
PrevPreviousHow to Respond When Someone Says You Deserve Better
NextWhy Does My Boyfriend Hides Me From His Family?Next
On Key