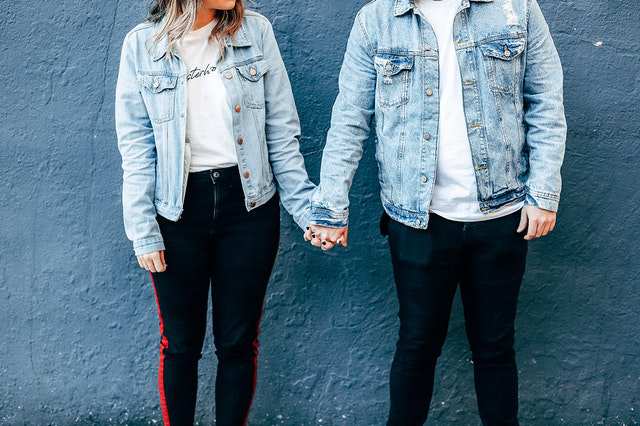 He Calls Me His Friend But Treats Me Like His Girlfriend

You think you have found the perfect guy; he seems to like and care for you. He’s always texting or calling, which means he really wants to be with you whenever possible. It is a very happy and satisfying feeling when someone loves being with you.

To prove that he is ready to be exclusive, he deleted his dating profile and even has your picture as a screensaver on his phone.

The guy is really nice, caring and awesome. He treats you the way you deserve to be treated. But he just won’t commit to anything.

You have had countless affectionate moments with him, but he has never called you his girlfriend.

It can get very frustrating when your boyfriend introduces you to his workmates as “just a friend.”

This doesn’t in any way take away the possibility that he loves you or has strong feelings for you. It is often said that labels are a big deal to women, whereas men probably don’t even notice them.

If you feel angry, confused and frustrated – don’t worry; these feelings are not misplaced.

There are many reasons why guys are hesitant to put dating labels and refrain from addressing their girlfriend with accurate titles.

Below are a few reasons why he calls you a friend but treats you like his girlfriend.

1. He is Not Sure About His Feelings For You

There is always a risk in love, romance and relationships, but it is good and very reassuring to have someone who is on the same page as you.

When you start going out with a new guy, there will be many things that you don’t know about him. It can make things confusing because even if they seem like they might be into you, it’s not always clear how much – or how little. Not knowing how he feels about you can make things more complicated. If you think he is being wishy-washy, it means that he has too many feelings at the same time, and he doesn’t know what he’s going to do.

Relationships usually start off casual, but with some people, they can very quickly turn into something more intimate. When things move too fast, it is normal for guys to get really confused about their feelings. It becomes hard for them to understand that what they are feeling is love or something else.

When he shies away from calling you his girlfriend, it could be because he is taking time to process his feelings.

When somebody likes you but doesn’t show it as much, instead of panicking and thinking “oh no!”, try to just go with the flow.

Give him little time to digest whatever is happening and then let him sense his own feelings. It can be tricky for guys to read their own feelings after the first few dates.

2. He Is Not Sure About Your Feelings For Him

If he’s not 100% sure you’re interested in him, he may be more hesitant around you. He’ll also be unwilling to do or say anything that might risk his current relationship with you.

Because he doesn’t want you to see him as too forward, even though he will be acting like your boyfriend, but will use the “friend” label in order to seem less forward.

He will want to hold back because he doesn’t want you to see him as too proactive.

If he is not sure how you feel, you should try and show him. Don’t be afraid to tell him you love and care for him. If he still continues to shy away from calling you his girlfriend, then it’s his loss.

Spend more time together doing the things you both enjoy. Don’t be afraid to tell him how much you care about him.

3. They are afraid of Responsibilities

Many guys strongly believe that if they label their relationship, it will bring a lot of emotional (or financial) responsibilities on their shoulders.

Sometimes, being in a relationship means sacrificing your personal needs to prioritize the relationship. Some guys think that once they commit to a relationship, they will lose the freedom of choice they currently have, and they will not be able to easily do things they want to do in a way the want to do. Guys who are very passionate about their careers, those who tend to travel a lot, may find the idea of getting into a relationship very limiting and constraining.

Some guys will get frightened by the thought of taking responsibility for their significant other. The feeling that someone is dependent upon them can create fear in their mind. The fear is based on the premise that they are not strong enough or ready enough to accept these responsibilities.

4. He Doesn’t See a Future With You

Though it may be tough to accept, this is the most logical explanation for why he doesn’t want to label this relationship.

Some guys just want to date around. They want to be able to date other girls and not limit themselves. This is why they are hesitant about committing.

Because he wants to keep his options open, he will prefer to stay friends with you. Probably, he likes the friends with benefit type relationships you have and doesn’t want it to change. It doesn’t matter how hard you try – he will still be hesitant to label this relationship.

This basically means that this guy could be with you one day and with anyone else in the next week or month just for the fun of it. If you find yourself in this situation, it is best to walk away from the so-called relationship and try to find someone who would love and respect you enough to call you his girlfriend.

5. He is Seeing Someone Else

It is so obvious that you don’t even need anyone to tell you. If he is not calling you his girlfriend because he is dating someone else, then it’s clear that he’s not available and definitely not worth your time.

So even if he has been flirting with you, don’t get too excited. The truth remains that he is dating someone else, and it would be unfair to expect him to call you his girlfriend. Don’t push your luck; just give it up. You might think he wants you as more than friends, but it’s pretty clear that he doesn’t.

6. He is Afraid of Losing You

Although it may seem like the guy is not interested, there is a possibility that they are just trying to keep things smooth. Maybe he is afraid that he might ruin this growing relationship if he moves too fast. He is trying to stay away from things that could damage the relationship.

When a guy finds someone as special as his ‘one’ – he will often be fearful of being too forward to let her know how he feels. It is natural for him to feel that being too forward can scare the other person off.

7. He Wants to Wait Things Out

Maybe he is not completely sure about getting into a relationship with you. He may want to make sure that you tick all the important (right) boxes before taking the next step.

It is natural for you to want to push him to speed things up, but it is always advisable to be more patient with a guy like this.

8. He is Happy with Status Quo

He thinks things are going great the way they are and he has everything he needs – Companionship, Intimacy, Love and Support. There’s no need to change anything right now.

What to do when he calls you his friend but treats you like his girlfriend?

The key to figuring out how he feels is hearing him say what he wants. If he does not want to commit, you should probably take the hint and move on.

No spam, notifications only about new products, updates.
PrevPreviousMeaning of Loyalty In A Relationship
NextHe’s a Perfect Guy, But There Are No SparksNext
On Key