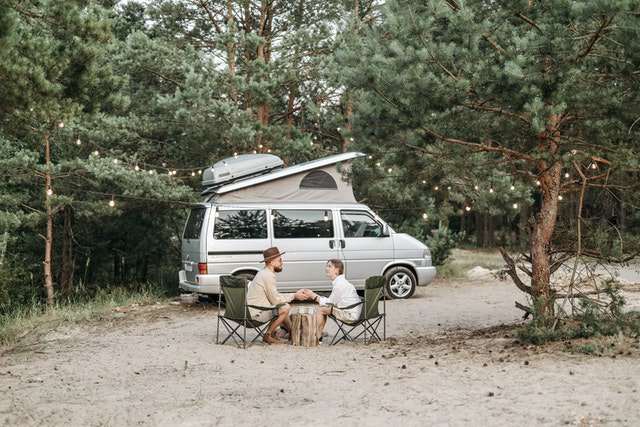 Why does he keep me around if he doesn’t want a relationship?

Are you in a relationship with someone who is not willing to commit? Maybe he told you that he doesn’t want a relationship, but he still finds reasons to spend time with you.

It can look like he wants more than friendship, but he refuses to take the next step in a relationship.

You are dumbfounded by his actions, not knowing how he actually feels.

There are various reasons why a guy will keep you around even when he doesn’t want a serious relationship with you.

It is very common for many people not to know what they want in their personal life. If you two met through a dating app, it might appear to you that he is willing to get into a relationship. But the fact is that he never thought he would find a romantic partner so soon.

Now, he finds it very hard to cope with the situation.

Maybe he thinks getting in a real relationship will be hard on his career. He might also feel that, at this point, it’s best not to commit to anyone and focus on his career goals and other life priorities. There is nothing wrong if you don’t know what you want, but it can complicate things when dating someone.

In times like these, it is essential to have solid communication. Convey your feeling to him. The important thing is that you enjoy spending time with him.

Men often feel lonely when they are not a part of a pair. When a guy tells you that he doesn’t want a romantic relationship but still keeps you around, it’s because he is lonely.

He likes to be around you, but he doesn’t want a relationship. He is adamant about not wanting one with anyone. That’s why he hangs around and stays friends with you – so that he doesn’t always have to be alone.

In such a situation, many women will prefer to let things go as they are because they don’t want to be alone either. So, when a guy keeps you around, it doesn’t always mean that he likes you; it can be simply because he is afraid to be alone.

3. He is Not Over With His Previous Relationship.

If he doesn’t want a serious relationship with you, maybe it’s because he is still hung up on his ex. He may have had a recent breakup and is yet to get closure.

When he is still in touch with his ex, he will not be comfortable having a relationship with you. You may be hesitant to have this conversation with him, but you should know where you stand. If he is still hung up about his ex and can’t show real romantic intentions for you, maybe moving on would be the best thing to do.

It can be difficult, especially if you really like him, but you deserve to be with someone who makes you feel happy and is worthy of your love.

We all need someone to talk to; maybe you are filling that role for him. He may be seeing you as an ear to listen and a shoulder to cry on. He is probably keeping you around because he needs emotional support.

Since he likes talking to you, you always hope he will ask you out on a date, but unfortunately, that never happens.

Not wanting a relationship but still keeping you around is a sign of insecurity.

Unsecure guys will have trouble making a decision that’s in their best interest and often think they’re doing the wrong thing.

He tells you he doesn’t want a relationship, but then he thinks he may have made the wrong decision.

Continuing to second guess his decisions, he keeps hanging on, hoping to have a different outcome. He has you living a life of chaos with him.

Men who are confident and secure make decisions easily and follow through with them.

When he keeps you around without committing to you, it could signify that he is insecure about his place in the world.

The fact that he’s single makes him feel unappreciated and unwanted. Finding another person to date with feels like a daunting task; therefore, he prefers to stay in the status quo.

Although he may not show it, knowing that you enjoy being around him makes him feel good about himself, even if it indirectly hurts your feelings.

It may take time for things to feel right in a relationship, but there is no denying that partners help each other when the times are tough. They share triumphs and tragedies alike. Relationships are never easy, and it takes time for things to feel right. In tough times, you are expected to help each other and share each other’s triumphs and tragedies.

He may have decided to avoid the more emotionally-laden responsibilities that come with being in a romantic, passionate relationship.

Maybe his ex was always highly emotional, and now he doesn’t want to be involved in that again.

7. He Enjoys Single Life So Much.

Many of us may find it awkward, but the truth is that some of us just want to be single.

Single men have casual flings every now and then. They can always call or text from their list of multiple women to get things started or meet up with somebody new.

Many guys don’t like the idea of having a meaningful relationship.

It could be because of various reasons –

They are too busy.

It looks like a lot of work to them.

Their close friend or family member had a traumatic experience in a toxic relationship.

If you are with someone who is not willing to commit, try communicating your needs with them and see if they will agree.

Because he sees you as someone who is always available, it may be the reason why he is keeping you hanging.

Question him as to whether or not he is ready to commit. You need a commitment from the person you are interested in before making any further progress with them.

There is nothing personal about this question – maybe he likes you a lot, but what if he is not ready to compromise on the perks of a single life.

He may see you as a good friend. He is around you a lot and seems very emotionally close to you. It’s hard not to hope that he is ready to have a romantic and healthy relationship with you.

But he’s sure he doesn’t want anything more than friendship from you. He never had real feelings for you.

9. He is Afraid of the Commitment that comes with a Serious Relationship.

There are numerous reasons why people are afraid of commitment. One of the biggest reasons is the fear of failure. He may have serious doubt about the probability of this relationship succeeding. Many people are unsure they can put all the effort needed to make a committed relationship work. It feels harder than it is, and today, you can find many people who are struggling with this.

Almost every relationship expert agrees that one of the people’s biggest fears regarding relationships is committing.

10. He is afraid that it will move too fast.

Many men worry that things will move really fast once you start dating. They are stressed that soon you’ll move in together, have a joint bank account, meet each other’s family, and so on. Maybe they are not ready to take this much of a step into the future with you yet.

Different people can relate to the word ‘relationship’ differently, so positive and negative reactions are pretty natural.

No spam, notifications only about new products, updates.
PrevPreviousHow Do I Keep a Guy Interested After Sleeping With Him?
Next9 Tips To Make him Miss You MoreNext
On Key