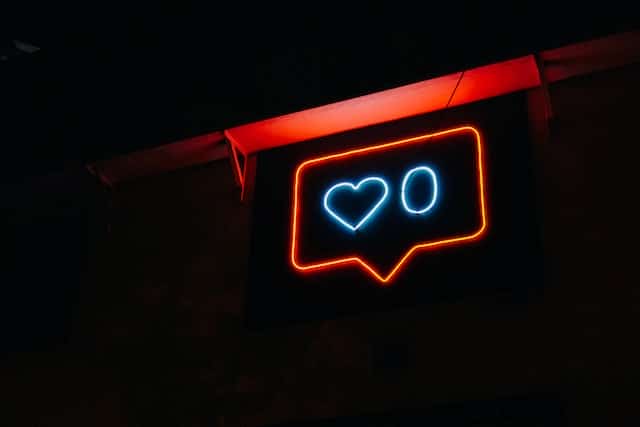 My Boyfriend Blocked Me For No Reason 

Being blocked by someone on Instagram is a terrible feeling. It gets even worse when the person who blocked you is your boyfriend.

When he blocks you without any reason, it is natural for you to feel confused about things. You’ll likely start to feel insecure about the future of this relationship. You’ll often see yourself asking –

If he loves me, why did he blocked me?

Is he trying to hide something?

Has he fallen out of love with me?

Why did my boyfriend block me?

1. He Has Lost His Interest In You Maybe this is why he has decided to block you on social media. This may be his way of sending a message that he has lost interest in having a relationship with you.

2. He Takes You For Granted

You can have a solid and meaningful relationship with your partner only when you treat each other equally. When your boyfriend believes you are lesser than him, it can lead him to take you for granted. This will make him incapable of building a balanced relationship with you.

One of the worst feelings in the world is when the person you love the most starts taking you for granted. When you love your partner, you expect him to reciprocate the same level of love and respect for you.

3. He Wanted Something, And Now That He Has It, He Is No Longer Interested.

When he stops showing interest in you, things can get complicated. It becomes more challenging when you never see it coming. You were under the impression that things were really great between you and your partner. Then suddenly, out of the blue, he started acting distant.

Figuring out things after he blocked you on social media can be an emotionally draining experience.

So many research studies have tried to evaluate the state of a relationship after first intimate experience between a couple. Some studies have indicated that around 50% of relationships end soon after a couple gets intimate for the first time.

Maybe this is all he wanted from you. There is a chance that both of you had different expectations from this relationship. You wanted something meaningful, whereas all he wanted was to get into your pants.

If you are in a situation where your boyfriend blocked you from Instagram without any reason, it could be because he is hurt by something you did. To start with, you can think about a recent argument or fight with him. Maybe you crossed the line and said something you should not have said. If you think he genuinely loves and cares for you, it will be in your good interest to get to the core of the issue. Sit with him and try to understand what he is going through. Maybe there is some sort of misunderstanding between the two of you.

Again, if you think you can have a meaningful and lasting relationship with him, you must not hesitate to try to fix whatever mess you might have created.

You can overcome even the biggest challenges in relationships by communicating better with your partner. Create an environment where he feels encouraged to open up with you.

There is also a chance that he just wants some space to step back and look at things from a broader perspective.

5. He Is Trying To Hide Something

If everything seems normal between the two of you, it will be in your good interests to not to jump to any conclusions too soon. Sit with him and try to find out his reasons behind blocking you.

You have nothing to worry about if he can come up with any logical and believable explanation. But if his explanation raises more questions than it answers, it could be a big red flag for your relationship.

There is a chance that he is not comfortable letting the world know that he is dating you. Or he does not want you to see his past photos and videos on Instagram.

Whatever his reasons are, you need to know about them. Making assumptions without knowing the real reasons can damage your relationship with him beyond repair.

6. He Is Trying To Get A Reaction From You

Maybe his sole intention behind blocking you is to cause panic. He wants to create a situation where you get freaked out and feel compelled to call him and ask if everything is alright.

By doing this, he might be trying to manipulate things and have more control over you. When he plays the victim card by pulling off stunts like this, it is a sign that you are in a toxic relationship. The initial dating days can be confusing and complicated for many couples. This is especially true when the communication between both parties is very poor. Maybe he has misread some signs and is assuming that you have no interest in him.

In the early relationship days, it is common for people to overthink everything. He might think you have a romantic interest in one of your other friends.

He may have arrived at this assumption by looking at some of your photos on Instagram. This assumption will strongly discourage him from expressing his intentions and feelings before you.

By blocking you, he may be trying to convey that he doesn’t want to get in between the relationship he thinks you’re having with another guy.

He may also do this when he wants to take his mind off you.

8. He Is Confused About You

It could be that he isn’t totally sure about you yet. He might be weighing up what he wants and isn’t really ready for a relationship. He may want some time to figure things out – it doesn’t mean he’s not interested in you.

Getting into a serious relationship like this can take some getting used to, and some relationships are simply never stable enough to last the test of time.

By blocking you, maybe he is trying to buy some time before proceeding further. If you can relate to this situation, it will be best for you to let him have the space and time he wants. If he really wants you, he will come back. You would not want to be in a relationship with someone who still has doubts about you.

How To React When Your Boyfriend Blocks You For No Reason?

–       Before moving forward with him, try to evaluate if he is giving you the love, respect and acceptance you deserve. If not, you should reconsider being in a relationship with him.

No spam, notifications only about new products, updates.
PrevPreviousMy Boyfriend Likes His Ex’s Pictures On Instagram – What Does it Mean?
NextMy Boyfriend’s Ex Is Trying To Break Us UpNext
On Key