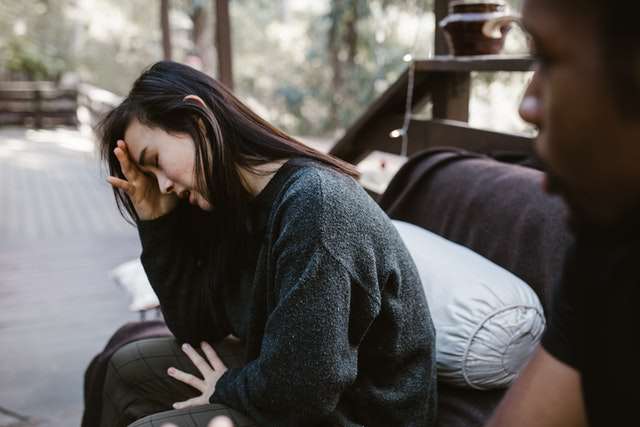 Why Does My Boyfriend Hides Me From His Family?

When you’re in a relationship, sometimes it feels like everything’s going well and then, out of nowhere, stuff starts going wrong.

When you are really happy and proud of the guy you are dating, you will want the world to know. Similarly, you expect him to tell the world he’s dating you.

But when he hides you from his family, it’s natural for you to feel disappointed about it.

When this happens, before coming to any conclusion, you need to get answers to a lot of questions –

– Has he introduced his past girlfriends to his parents?

– Does he share a cordial relationship with his parents?

– Does he feel embarrassed by you?

– Is he going through some personal issues in his life?

Whatever the reason may be, if he hides you from his family, it will become very difficult for you to form a healthy and meaningful relationship with him.

1. He is Not Too Sure About Your Feelings For Him

It’s possible your special someone still has doubts about how you feel for him. He may think that the relationship is still in the early stages, and it’s not appropriate for him to introduce you to his parents at this point.

If he’s hiding you from his parents because he feels this way, then it’s important to talk to him. Maybe you both lack good communication. Communication is key in any relationship, and if there is a lack of it, nothing will get done, and the relationship won’t progress.

When you effectively convey your feelings to him, it helps you in developing a stronger bond with him. It will also help in improving the emotional intimacy between you two.

2. He Thinks It Will Send a Wrong Message

There is a probability that he thinks that your relationship is not at that point yet where he is required to introduce you to his family.

Maybe he is worried that introducing you to his family will make you think he wants to marry you. Every relationship moves at its own pace.

If a relationship moves slowly, it doesn’t necessarily mean that something is wrong with it. The only thing that matters is that both of you are on the same page regarding how serious things are going in this relationship. Maybe he thinks that this will be a very big step in your relationship, and both of you are not ready for it yet. If you know that this is why he is not introducing you to his family, you may decide to wait until the connection between you becomes stronger.

3. He Doesn’t See a Future With You

Suppose your relationship is going through this phase. In that case, it is very unlikely for him to think about introducing you to his parents.

When he doesn’t see a future with you, he will be very less inclined to involve you more deeply in his life.

4. He is in a Romantic Relationship With Someone Else

It’s unlikely that this is the problem. This situation is not so common, but it can happen.

Relationships go through rough patches from time to time, and sometimes this makes us lose interest in our partner. We might feel less attracted to them during these times, but most of the time, the feelings return, and sometimes they grow even more.

When people lose interest in their partner, they may end up having an affair.

When he is having an affair with another woman, your relationship will stop growing. If you suspect that he has another girlfriend, then there will be many telltale signs for you to look for-

He won’t be as good of a friend to you as he was before. He’ll stop trusting you or confiding in you as he did before.

The physical intimacy between you two will be significantly reduced.

You’ll notice that he is always busy with his phone and will always place it face down.

He will be too busy for you. Whenever you ask him to go out with you, he will make some lame excuse.

He will become uncomfortable with PDA. Not everyone is comfortable with the public display of affection. But, If he seemed comfortable before, but has now stopped, then it could be a sign that he has lost interest in you.

He has stopped talking about the future with you.

5. Maybe his Parents Don’t Know That he Has Moved on From his Ex

There’s a chance that his parents don’t know that he has moved on from his past relationship.

Maybe his parents were very close to his ex and hoped that he would get back to her. If this is the case, it is natural for him to feel reluctant to introduce you to his parents.

If you think this is why he is not making you meet his folks, you must speak with him regarding his past relationship to get to the core of the issue.

6. He is Not on Good Terms With his Parents

It’s possible he never introduced any of his past girlfriends to his parents because he is very private and doesn’t like talking about his personal relationships.

Maybe he’s not on good terms with his parents and doesn’t really want to tell them about what’s going on.

Suppose you have been with your partner for a really long time and sincerely feel that it is time for him to introduce you to his family. In that case, you can tell him how important this step is and how much it means to you.

Keep in mind that it’s important for you to try and understand his side of the issue as well. If you push him too hard, he might think you don’t understand him.

7. He Thinks That it Will Change the Relationship Dynamics

Maybe he is afraid that you meeting his parents will change the way you look at this relationship.

He might also be afraid that introducing you to his family will make you see him differently. He may think that at this point, talking more often, going on more dates and increasing the physical and emotional connection between you should be the top priority.

You might want to ask him if he has a reason for not introducing you to his parents. If you can, emphasize the importance of this matter; make it clear how uncomfortable this is making you feel.

8. He is Worried That it will be Embarrassing For Him

When he introduced his last girlfriend to his parents, it may have been a very embarrassing experience for him. It could be because of things his parents said or did in front of her that he found inappropriate.

He doesn’t want to be in that position again, which is probably why he is not willing to introduce you to his folks.

In the back of his mind, he knows that ultimately he will have to tell his parents about you. All he wants right now is to buy some more time. If he tells you that this is why he feels discouraged to make you meet his family, you must try to make it easy for him.

9. He thinks He Should Meet Your Family First

10. He Wants to End This Relationship With You

If he is planning to break up with you, it will be a terrible decision for him to make you meet his parents.

No spam, notifications only about new products, updates.
PrevPrevious14 Signs He Wants No Strings Attached Relationship With You
NextMy Boyfriend Gets Mad When I Post Pictures of Myself on InstagramNext
On Key