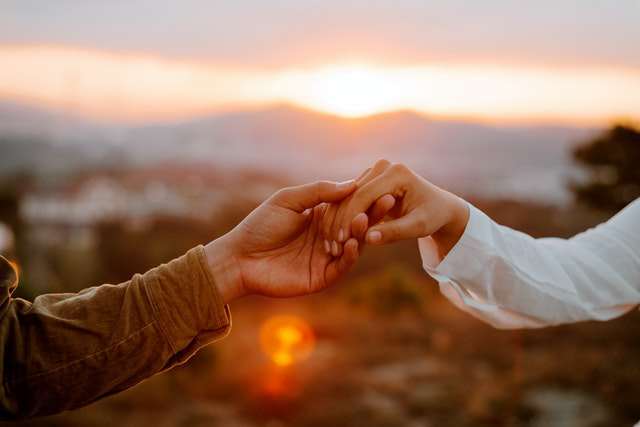 My Boyfriend is Too Nice (Why is it bad for your Relationship?)

It is a bad sign if your partner is always too nice to you. It may be a sign that they are not being honest with you. They might also be trying too hard to please you, which means they may eventually get tired of the relationship.

Many of us think that what could possibly go wrong with a boyfriend being too nice. But in reality, relationships that seem too good to be true can actually come with many risks, and these risks are even higher when your partner is too nice.

These types of guys are often referred to as pushovers. When you have a pushover partner, they will drain your mental health in a way that you never expected.

Your relationship is happy and meaningful when you have healthy boundaries. There is nothing wrong with dating a nice guy, but it can give you a lot of anxiety when they become overly nice.

When you are in a relationship, sometimes it becomes necessary to make sacrifices for your significant other. But if you find yourself doing it all the time, just to avoid rejection or disappointment, then you might have taken things too far. If your boyfriend falls into this category, there are very bright chances that your relationship will have many problems in the future.

If your boyfriend is too nice, it can make your relationship toxic. It may seem harmless, but it’s important to remember what they’re doing – constantly demanding less of themselves and always trying to give you everything you want. This is often because they have low self-esteem and don’t believe they deserve better. In this way, even though it looks like he’s giving you everything, he can shut you out of his life just as quickly.

You may be able to fix the situation by conveying your concerns to him. But if being too nice is a part of his personality, then it will be very difficult for him to change for you.

Suppose the reason why he is being too nice to you is because of his fear of rejection or fear of disappointing you. In that case, that’s pretty unhealthy for your relationship.

Dating a person who is too nice can cause a lot of problems. Some of these problems are listed below –

1. People Take Advantage of Them

People who get easily convinced often get taken advantage of.

If your partner is too nice, they will help a lot of people, even when those people don’t deserve it. He will keep trusting others even though time after time he gets betrayed.

They don’t mind wasting time and money to help people who don’t deserve them. This is foolishness, but many people confuse this as a trait of kindness.

When you are in a relationship with such a person, you will often find yourself in unpleasant situations because of them.

You often worry that when you stop them from being too nice, you look like a bad person. You always tell them to give more priority to the matters in their own life and relationship, but they don’t listen.

2. He Never Takes a Stand for Himself

People who are too nice or Pushovers avoid confrontation for fear of hurting other people’s feelings. They are often afraid of having tough conversations. And this is the reason why they find it tough to take a stand for themselves or for the relationship.

Sometimes you wonder why they find it so hard to just say no. People who are too nice are like ‘yes man’- they never say no to anyone. You will often see them complaining that they do not get enough time to do things that they want to do in their life. In reality, he could easily get more time for himself if he just say no to people who are using him for their selfish motives.

He constantly complains about doing things that waste a lot of his time, but he never stops doing them.

You will see him bailing out on you on several occasions just because he couldn’t say no to other people.

People who are too nice want to take a stand for themselves and for their special someone, but the problem is they do not have a strong enough will to do that.

3. They Are Very Easy to Convince

If you’re in a relationship with someone who’s always nice, they’ll be super easy to convince whenever you bring something up.

Notice that when they talk to anyone, you’ll see that they agree with everything the other person says. Very rarely will you see them exercising their thoughts and opinion.

Whenever they have a conversation with someone, they will probably end with the phrase “you are right.”

It is natural to find this type of behavior adorable. Whenever someone speaks with them in a loud voice, you will see them withdrawing their argument just to agree with the other person.

The fact that they can easily get persuaded and influenced by even the most toxic people becomes a major problem in your relationship.

4. They are Emotional Fools

Having a relationship with a person who is an emotional fool can be a very taxing experience.

People who are too nice get easily manipulated. Most of the time, it’ll take them a long time to process and figure out things that shouldn’t even be that hard for them. They’ll accept anything without thinking about it.

When you’re in a relationship with an emotional fool, their behavior can lead to unnecessary drama. Sometimes these people get caught up in their emotions, and it’s easy for them to blow things out of proportion.

You spend hours convincing them to start thinking straight, but they don’t listen.

5. They Drain you Emotionally

Sometimes you feel that the whole burden of the relationship is on your shoulder. Their behavior makes you feel too exhausted. You strongly believe that they are not capable enough to take care of themselves on their own. You see him complaining about his job all the time? They spend days and weeks complaining to you and never make any progress on improving their current situation. He is never able to gather enough will to do leave his current job.

You want to dismiss his behavior as his everyday problem, but when he constantly complains about it day after day, it drains you emotionally.

Because you genuinely love him, you want to be a caring partner to him. But when he fails to take a stand for himself, it becomes an emotionally exhausting experience for you.

How to deal with a partner who is too nice?

When you are in a relationship with a pushover or a person who is too nice, think twice before relying on them. They don’t always stick to their commitments. Always make it a point to remind them how important it is for them to stick to the promises. Don’t let your guards down easily.

Because they are always unpredictable, they might put you in embarrassing and unpleasant situations often. The best way to deal with them is to be always prepared.

Because they are always so nice to you, it is difficult to identify the bad effects of this behavior in the initial days. Even when you know the disadvantages of being in a relationship with a guy like this, it will be too difficult for you to convince yourself to end the relationship.

You will always reason with your mind that they are harmless and there is nothing wrong with them.

A person who is always too nice to you will drain you emotionally. If they are willing to change themselves, you should help them become a better person. However, if you have realized that they will never be able to improve their behavior, it is best to end this relationship.

It is natural for you to feel that your partner is being too nice because he thinks it’s wrong not to help people in need.

However, when you see him constantly being fooled and misused by selfish people around him, your impressions about him will change.

No spam, notifications only about new products, updates.
PrevPreviousSigns of Emotional Immaturity in a Relationship and How to Deal With It?
NextReasons Why Your Husband Won’t Stand Up to His Ex WifeNext
On Key