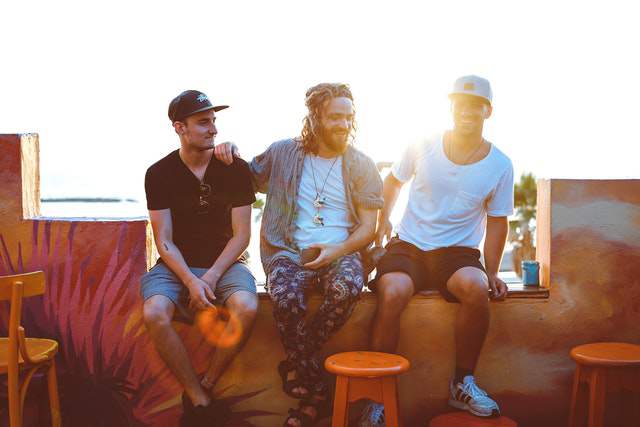 My Boyfriend Prioritizes Friends Over Me (What to do?)

A Question From Heather-

It has happened so many times now that I have lost count. We have arguments every week over this. Every time he’ll apologize and make a promise that he’ll change, but he never does. Either I am crazy, or he has started treating me like a doormat in this relationship.

We have been together for almost a year now. But, since the last four months, he has started prioritizing his friends over me. I want him to have a social life, but at the same time, I expect him to balance it out. There are times when he ignores me straight out for days.

We both used to spend at least an hour talking about our day, but he has stopped doing it now. He goes out with his friends almost every weekend. Whenever he comes back, I always see him complaining that he’s very tired and wants to sleep.

I often notice when he’s talking to me, he acts like he’s very tired, but then when it comes to hanging out with his friends, he’s so full of energy.

He is not around most of the time, and it is becoming very difficult for me to have a proper conversation with him. Sometimes I see him leaving in the middle of an important discussion.

Maybe I am sounding petty for getting crazy over a small thing. Still, the way he is prioritizing his friends over me is taking a toll on me as well as this relationship.

Whenever I bring it up with him, he defends himself by saying that it’s not a big deal.

It makes me feel bad that I am the only one who’s putting effort into this relationship. I don’t want to end things with him; I just want to know how to deal with this situation right now.

If you see him always prioritizing his friends over you, there is a strong chance that he has started taking you for granted. It is understandable for you to be upset, but maybe he thinks you are okay with the way things are going.

Sometimes men fail to set boundaries when it comes to spending time with their friends. A lot of couples have different views/takes on what socializing with friends means for both of them. When he goes out with his friends a lot, it doesn’t necessarily mean that you are not important to him. It might just be because he is different from you. Maybe he enjoys socializing with his friends a lot, and you don’t like it that much. But, it was your decision to have a relationship with someone who is a little bit different from you.

We’ve all heard the phrase “opposite attracts.” Many of us find this saying less practical, but it’s actually true. We fall in love with people of opposite personalities to compensate for what we lack in ourselves.

Whenever our curious mind comes across anything different from us, not only does it intrigues us, but it gives us the excitement that we badly want in our life.

That being said, if he continues to overlook your need for extended periods of time, it can have a detrimental effect on your relationship. It will prevent you from living a peaceful and fulfilling life. In a healthy relationship, both partners need to put in equal effort. You chose him over other men because you believed that he would give you the love, appreciation and acceptance that you deserve.

It is important for you to address these issues in your relationship before things get out of hand.

You must convey your feelings to him in a healthy and polite manner. You have to make him understand how his behavior is hurting you and making you think differently about him. He must understand how important it is to put effort into the relationship.

1. He Doesn’t Make Any Effort For Special Occasions

When you are not his priority, he’ll not give any importance to birthdays and anniversaries. But this sign alone doesn’t necessarily mean that your relationship has gone off track. Many times it is just an indication that his priorities are misaligned.

But, if you are sure that he doesn’t value you, then it can be a big red flag for your relationship. For example – You’ve been asking him to plan something special for your anniversary, but he completely ignores your wish. This can be a sign that he has lost interest in you.

Every couple has different expectations with respect to how much time they need to spend with each other. Some value their independence more while other do not want to spend much time apart from each other. Successful relationships are all about striking a balance. If you think your boyfriend is prioritizing his friends over you, then you should convey your feelings to him. Focus on finding common ground that works for both of you.

It’s normal for one partner to want to spend more time alone or with his friends as compared to the other partner. If you want a healthy and meaningful relationship, you need to make sure that both of your needs are met. In relationships, sometimes, you are required to make healthy compromises to keep things going in the right direction.

If your boyfriend insists on spending the same amount of time with his friends that he used to spend before the start of this relationship, it can be a big red flag for you.

You need to address this issue before it’s too late. If you’ve tried everything and he’s still unwilling to compromise on these aspects, then it will be in your good interest to move on from him.

3. He Doesn’t Try to Meet Your Needs and Desires

In a relationship, both the partners have their own vision of what to expect from each other. Some of us may want our partner to be with us all the time, while others will want their partner to give them more independence and space.

Some people may want their partner to make them laugh, while others will want them to act as a support pillar and give solid advice. You cannot have a meaningful relationship until your emotional needs and desires are met. Survival of the relationship and getting the love, acceptance and affection that we deserve are a few of the emotional needs we all have.

Being part of an unhealthy relationship makes it challenging for you to live a happy and meaningful life. Feeling that you are unheard, unimportant, and inferior in your relationship can negatively affect your mental well-being.

Unmet needs and desires in a relationship can have a negative long term effect on your relationship. It prevents you from building and maintaining a healthy connection with your special someone.

4. He Doesn’t Want to Label The Relationship

Sometimes there are too many rules in a relationship. Many of us make the mistake of viewing the concept of relationship as “one size fits all.”

Some people find it comfortable and convenient to have a relationship without labels. But, it can turn out to be a very unhealthy and bad decision in the long run.

If you have been together with your boyfriend for a long time, and he’s still hesitant to make things official, it will be natural for you to feel that you are not a priority for him. It is a sign that he doesn’t view this relationship the same way as you see it.

5. You Feel That He Just Wants You Sexually

If you have reason to believe that your partner just wants you for sex, it could be an indication that he’s not giving you the priority you deserve in this relationship. Maybe just hooking up with you is good enough for him, and this is everything he wants from you right now. It may be fulfilling for them, but if you want more from this relationship, things may soon get irritating and frustrating for you.

No spam, notifications only about new products, updates.
PrevPreviousMy Boyfriend Talks Too Much (6 Helpful Tips To Deal With This Situation)
NextSigns His Friends Don’t Like YouNext
On Key