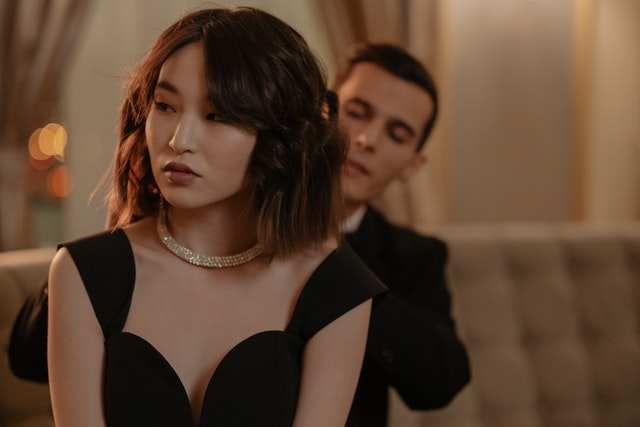 My Boyfriend Spoiled His Ex But Not Me

A question from amber –

“Maybe I’ll sound petty, but it’s getting on my nerves and is making me confused.

We’ve been seeing each other for the past 8 months now. My boyfriend is a great guy; he loves and respects me and is always there for me. There is no serious problem in our relationship. The only thing is that he’s very frugal. He never takes me out to nice places and never buys me anything. We rarely go out on any vacations; even if we go out, it’s just for a day or two.

I did some snooping about his past relationships and found that he spoiled his ex and treated her like a queen.

He never takes me out to nice places, but he took his ex on vacations around the world – Rome, Paris, Gold Coast, Dubai, etc. They often went for dinner dates to the best restaurants in the city every other night. He spoiled his ex by showering her with gifts, clothes, chocolates and flowers.

He has not done any of this for me.  Forget about staying at a fancy hotel; we never even went for dinner to a nice restaurant.

When I spoke with him about this, he defended himself by saying that he’s a changed man now and he doesn’t feel like doing all these things now.

I don’t think I’m being unreasonable when I ask him to treat me the same way he used to treat his exes.

We are in a more serious and committed relationship than he was with his ex. I strongly believe that he should make more efforts for me.

I often see myself comparing how my boyfriend treated her ex and how he’s treating me. No doubt, he is a very kind and caring person. In fact, he is a lot better than my ex. But, the fact that he spoiled his ex but not me is hurting me from inside.”

It is natural to sometimes feel insecure about your partner’s ex in a relationship. But if you see yourself constantly comparing yourself to another person, it can deeply impact your mental health. The negativity from this comparison can have a detrimental effect on your relationship as well. Many women complain that “my boyfriend spoiled his ex but not me”. They may get this feeling because of the following reasons:

– When he never takes you out on dates to nice places

– Never takes you out on vacations

– When he never gifts you anything

– Stops saying “I Love You”

When you know that he spoiled his ex and treated her like a queen, it becomes difficult for you to not compare how he treated his ex and how he’s treating you.

It is especially in the case when you don’t see him making any efforts for you. But, when you develop a habit of constantly comparing yourself with someone else, you are, in a way torturing yourself. It will not only prevent you from living a life that you deserve but will also create a lot of problems for your relationship.

In relationships, you must control your urge to create a mountain out of a molehill. Maybe, you are overthinking. Before jumping to any conclusion, you need to look at things from a broader perspective. Rather than comparing your relationship to his previous one, you need to focus on maintaining this relationship and making it meaningful for both of you.

If, on the other hand, you think that he is not giving you the value and respect that you deserve, then it will be advisable for you to sit and talk with him. Always remember, you deserve to be with someone who gives you the love, acceptance, respect and affection you deserve. If you feel that he is not putting in much effort and is taking you for granted, then it would be wise to move on from this relationship,

Why he made more efforts for his ex? Why doesn’t he treat me the way he treated his ex?

If you think that your boyfriend made more efforts for his ex, there could be many reasons behind this.

When a guy is new to dating/relationships, he is likely to invest more time and effort to keep things more lively. This excitement usually fades away when he gets into his second/third relationship. For example – You are more efficient, hard-working and productive when you get a new job. But as time progresses, that efficiency and excitement start to fade away.

When you are comparing yourself to his ex, try to figure out the duration of her relationship with your boyfriend, too. Relationships only start when you are together with your partner for several months. It begins when you start becoming comfortable with each other. If your boyfriend was with his ex only for 3-4 months, it would be wrong to call it a relationship; at max, it was just a fling. Who knows, if he had stayed with her for a few more months, maybe he would’ve e ended up treating her the same way as he’s treating you.

Why Should You Not Compare Yourself With his Ex?

1. It’s never a good idea to compare yourself, or your life, with that of others.

It can be quite discouraging and ultimately lead to unhappiness. In the long run, it will not only lower your self-confidence but actually stop you from living a happy and meaningful life.

If you are in the habit of comparing yourself with others, you will often feel worse about yourself, thinking that you are not enough.

Thinking that people around you are superior, accomplished and better will make you feel demotivated about yourself. If you want to live a meaningful and fulfilling life, you need to stop comparing yourself to others. Each one of us is special in our own ways. Staying confident about yourself and not worrying about what others think about you helps you in becoming a better version of yourself.

Many of us are often guilty of comparing ourselves to our boyfriend’s ex. We often feel bad about ourselves, thinking that his ex is prettier, smarter or better in some way. This usually makes us question if maybe our partner isn’t as into us as we originally thought.

If you are going through something like this, it is important to understand that your boyfriend chose you over his ex because he wants to be with you.

Comparing yourself with others is easy, but all it does is make you feel insecure and inferior. You start doubting yourself, which can have deep negative impact on your self-esteem. Stop snooping on his ex, and stop stalking her on social media. Just focus on your relationship, and enjoy your time with your boyfriend. Try to make this relationship a more happy and fulfilling experience for both of you. Don’t worry about his ex. She is out of the picture now.

3. It Makes You Feel Doubtful About Your Relationship

When you compare yourself with his ex, it can make you feel insecure about what your boyfriend sees in you. You know that he’s faithful, but you still start to doubt his intentions.

Without any reason, you start to worry that he still has feelings for his ex.

You’re always worried about him going back to his ex, which makes you feel insecure and uneasy. Comparing yourself to his ex will make you believe that you are not good enough for your boyfriend.

4. It Will Sabotage Your Relationship When you worry more about his past relationship, it will affect the level of intimacy and connection that you have with him now.

The best thing for you to do in a situation like this is to stop torturing yourself by comparing yourself with others. If you continue to behave like this, it will make you distant from your partner. It will have a deep impact on how you think and feel about him. You’ll feel unhappy and dissatisfied even when he is giving his hundred per cent to this relationship.

Just focus on enjoying your time with him and adding more value to this relationship. When your boyfriend sees you making efforts, it will encourage him to do the same for you. Always remember that he has chosen to be with you over anyone else. Maybe you don’t see it now, but you are very important to him.

If you think he genuinely loves and cares for you, stop worrying about how he treated his ex. Being appreciative of whatever big or small efforts he is making now will encourage him to do more for this relationship.

No spam, notifications only about new products, updates.
PrevPreviousWhat To Do When Your Boyfriend Makes You Feel Stupid?
NextMy Boyfriend Talks Too Much (6 Helpful Tips To Deal With This Situation)Next
On Key