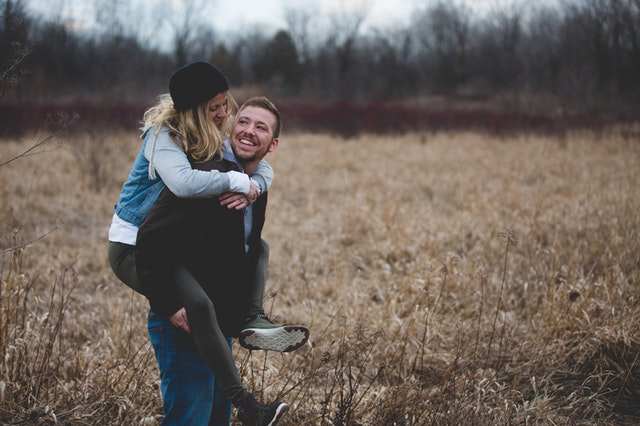 Signs He Sees You as Girlfriend Material

You have been dating for a long time now and have been with good as well as bad dates. Initially, you just wanted to have a good time, take a ride and see how things go, but now you have had enough and just want to settle down.

After a lot of struggles, you think you have found the one. The only thing is that you are not sure if he sees you as girlfriend material or not.

Your relationship with him is not exclusive, but you don’t feel like seeing anyone else. You can’t pinpoint when it began or exactly how, but you feel like you’re falling for him.

Some women feel most fulfilled when they’re in a free, casual relationship, whereas others want to be thought of as a Girlfriend material

They work hard to make themselves look like the perfect girlfriend. They do this by displaying certain signs that they are committed and looking for a long-term relationship.

You are a girlfriend material when your actions and behavior tell that you should be taken seriously. When you are girlfriend material, he stops seeing you as someone he can have a casual fling with. Instead, he will want to introduce you to his friends and family.

He thinks that if he starts dating you, he may potentially want to pursue a committed relationship. In simple terms, when he sees you as girlfriend material, he will want the world to know that he is dating you. He’ll value you more than any other of his friends. He’ll be more interested in long phone chats and other conversations that might last all day.

Is Girlfriend Material a Compliment or a Bad Stereotype?

It entirely depends on situation to situation and person to person. But mostly, it is not a bad stereotype. Being a girlfriend material is a simple indication that you are worth committing to.

It means that you have qualities that guys like to see in a girlfriend.

Below you will find some top signs he sees you as girlfriend material.

1. He Never Forgets Things that are Important to You

When you deeply love and care for someone, you always remember what they like and don’t like.

When you pointed at a pair of shoes that you liked at the mall last time and then got the exact same pair as a gift months later from him, what does it mean?

It may not just be because he’s your good friend– there’s a strong chance that he sees you as girlfriend material and has started falling for you.

He gave you something that he knew you were going to like. He likes you, and he remembers what you like and dislike.

2. He Always Immediately Replies to Your Texts

You sent a message at 2 am, and he replied in a few seconds. You ask if it woke him up, and he says ‘yes, but don’t worry about it…’

When he always finds reasons to text or call you back, and when he replies without fail to any of your texts, it’s typically a sign that he’s thinking of you as something more than a friend.

Plans you make at the last minute are really fun and exciting, but they are more consistent with someone who is looking for a casual fling. A guy who sees you as a girlfriend material will plan ahead every time.

Even if it is a plan for something as simple as a casual lunch on Saturday, he will plan in advance.

Planning things in advance and locking in a date with you shows how excited he is to hang out with you. It’s another sign that he thinks you’re girlfriend material.

4. He is Comfortable Talking about his Past

When a man opens up about his past with you, it indicates that he may have started liking you romantically. You may notice him sharing intimate details about his past. He will feel comfortable talking about his past relationships, childhood, family, fears, etc.

He will not even shy away from sharing vulnerable details about his difficult past experiences. A guy is less likely to open up about his past with someone who he thinks will not be around that long.

Having deep conversations with you indicates that your opinion is important to him. Sometimes it is also a sign that he is falling for you.

A thoughtful gift can be any number of things; It can be something small such as a card, a single flower, or a box of your favorite chocolate.

It means he is thoughtful and doesn’t just focus on himself. By going out of his way to get something with meaning for you, he wants you to feel cared about.

Sometimes it is a sign of his love and devotion for you. Maybe he is looking for a way to tell you that he likes you.

When he’s single & sees you as girlfriend material, he may constantly drop hints.

He’ll tell you how he misses being in a relationship and is looking to find a perfect girl to be by his side.

Sometimes when he tells you the qualities that he is looking for in a girl, it will seem like he is just describing you.

He wants you to pick the hints and give him a signal that you are into him too.

7. He Wants You to Open up About Your Past

In casual relationships, no one likes to waste time knowing about each other’s past.

But when he sees you as girlfriend material, he is likely to show a lot of interest in your past.

He loves it when you tell him about your childhood, your past life experiences, or about your dating history.

He is interested in all this because in the back of his mind, he thinks soon you will become a regular fixture in his life.

8. Conversations With Him are Always Long

Whenever you call him, or he calls you for a quick chat, the conversation can easily stretch to hours without you even realizing it. He really enjoys talking with you! People usually don’t waste time on pointless phone conversations, so if he’s talking to you for hours, it probably means he likes you 😉

When he thinks of you as girlfriend material, he’ll find some time to speak to you about what’s going on in his life, even if he’s busy.

When you have long and exciting conversations with him every day, and when he willingly shares even the smallest details about your life with you, it is a top sign that he wants to be more than friends with you.

9. He Lets his Guard Down Around You

It is difficult to act cool and perfect all the time. Guys try to act this way in the initial days when they are trying to leave a good impression on you.

But if he lets his guard down and is willing to be vulnerable around you, it is a sign that he wants you to know his true personality.

When he stops trying to be perfect around you, it indicates that he feels comfortable in your company. It shows that he has started considering you as someone very close to him.

When he is interested in you, he will always be looking for opportunities to compliment you. You will see him complimenting your physical looks as well as your non-physical traits.

For example, when he tells you how kind, devoted, loving, and caring you are, he is trying to show that he deeply understands and cares about you.

Intimacy is a tricky topic for many guys. When a guy is not that interested in you and is just seeking a casual relationship, he will not be interested in having non-sexual physical contact with you ( like hand-holding, cuddling)

On the other hand, if he sees you as girlfriend material, he will always look for opportunities to touch you or hold your hands playfully.

By embracing non-sexual touching, he is trying to show that he likes you.

No spam, notifications only about new products, updates.
PrevPreviousWhen You Love Your Boyfriend, but Aren’t Happy in The Relationship
NextHow to Deal With an Unsupportive PartnerNext
On Key