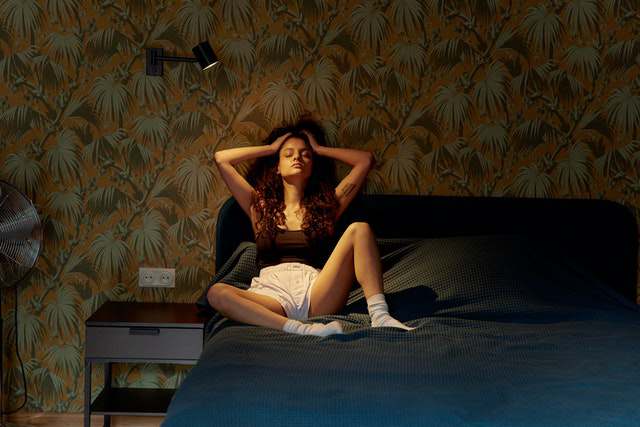 Boyfriend or Husband Stays Out Late: What to do?

The problem of staying out late is an age-old issue that has been plaguing relationships for centuries. This article will discuss how to deal with a situation if you find yourself in a relationship with someone who stays out late often.

The latter group often struggles with the question of how much is too much?

Some women feel that when their boyfriend or husband stays out late, it is a sign that he is not prioritizing their needs. It further leads to arguments and neglect. When he constantly stays out late, it may also mean that he doesn’t care about her feelings.

In some extreme cases, the situation is so bad that the boyfriend leaves before she is up and comes back after she is asleep.

It totally sucks to be constantly slammed with work and not have enough time to talk. Sometimes, staying out is justified when a guy is going through temporary high workloads at office.

But if you are regularly missing out on quality time, and you are seeing a lack of physical as well as emotional intimacy in your relationship, then you must try to reconsider what’s going on.

Some men stay out late because they are over-ambitious or because they no more enjoy the company of their girlfriend/wife.

In a situation like this, you will probably be dealing with two major concerns. Firstly, you may be feeling disconnected from him because you are not spending enough time together. Secondly, you are questioning if he is that into you and if the two of you will last for the long term.

Below are some possible reasons why your boyfriend or husband stays out late in a relationship.

1. He Stays Too Busy at Work

Maybe he is working late because he is ambitious and wants to make a better position for himself. Or, he might be doing extra work now to improve his skills for future promotions.

It could also be that his boss is piling loads of work on him, which means his work hours will go even longer than usual.

When you are in a relationship with a workaholic, you will often feel like you are with someone who is cheating on you. It will feel like he has replaced your emotional and physical intimacy with his work. Sometimes spouses of workaholics and cheaters experience similar feelings. The level of loneliness and depression in both of them are nearly identical.

If left unaddressed, this will gradually increase the discontent between a couple and will lead to extreme situations like divorce or breakup.

If you have a significant other who doesn’t spend enough time with you due to work, he may not be able to give the relationship enough love. Maintaining such an imbalance life is unhealthy for him and the relationship.

2. He Stays Out Late With His Friends

If your husband or boyfriend comes home late, he might be taking his time with his mates. A lot of men enjoy hanging out with friends after work. It could be about watching the game or grabbing a few pints at the pub, or they could even be hitting the gym.

One bear with friends can quickly turn in two or three. Meeting over coffee sometimes gets extended to a late-night dinner, and having a gym workout sometimes turns up into meeting old friends later.

When he behaves like this, you will feel that he is being unfair to you. If it happened only once or twice, it will be logical to let it go, but it will be unhealthy for you and the relationship when he makes it a habit.

When he stays out with his friends more frequently than it would seem normal and when you feel that he values his time with friends more than he values time with you, then you must convey your concerns to him.

Maybe he is unaware that his actions are bothering you. When you effectively convey your thoughts and feelings to him, it helps make your relationship stronger.

Rather than accusing or blaming him, politely tell him that – you respect his needs to have a good social life, but he should also try to give more time to this relationship too.

3. Not Having Enough Date Nights

Date nights are a perfect way for you both to get out of your routines and have some fun together. Plus, if you are looking for some ammo to cut back on his outings with his friends, this is the perfect thing.

4. He is Trying to Avoid a Confrontation

When there are serious unresolved issues in your relationship, your boyfriend or husband may try to stay out late to prevent a confrontation.

Maybe he is not comfortable giving you what you wanted and cannot tell you the reason why. There is also a possibility that he has done something that he regrets and doesn’t want to face the consequences. Maybe he is avoiding you because he doesn’t want to be intimate with you.

No one really enjoys fighting with their significant other. It is frustrating and stressful when you have an argument, disagreement, or conflict in your relationship.

But many times, avoiding a conflict can do more damage to a relationship than confronting it head-on. Many of us will find it very convenient to avoid facing each other to brush things off, but experts believe that this is a bad idea.

Communication is key to a healthy relationship; you won’t go very far if you don’t know how to deal with a conflict.

Try to figure out what it is about your relationship that might be causing this rift or distance. Have you done something that has annoyed or irritated him? Are there any problems that require a resolution?

If you can identify and resolve the problem that is causing these issues and resolve it, this will help your special someone to go back to his normal self in no time.

5. He has an Addiction

When a guy is having some sort of addiction, he might try to stay out late because he feels that you will try to control him when he comes home.

Maybe he gambles or does drugs while you are not there. It could be that he doesn’t have the nerve to tell you these things about himself even though he loves you.

6. He Doesn’t Want to Help You With The Household Work

There are many reasons why your boyfriend or husband may not want to help with the household chores. One of the most common reasons is that they are too focused on their careers. They believe that the household course is the responsibility of their wife or girlfriend and don’t want to take time away from their work.

Some guys do not help with household chores because they believe it’s just a woman’s job. Doing laundry and dishes can be very messy and time consuming, which is why some men avoid doing it all together.

When he doesn’t want to do the household chores, coming home late is a good way for him to get out of it without making it into an argument.

7. He is Having an Affair

It is not uncommon for guys to come home late because of an affair. When he is late, you will see him acting suspiciously.

Sometimes he will stop answering his phone when he leaves the house and will not even reply to your text.

When he stays out late, it doesn’t necessarily mean that he is cheating on you. If he is having an affair, there will be other tell-tale signs. These include late on mysterious phone calls, infrequent contact with friends and family, and sudden change in his behavior patterns. If you see any of these signs, it is best to confront them before more serious consequences arise.

What to do When Your Husband or Boyfriend Stays Out Late?

As listed above, there are numerous reasons why he comes home late. He might be working, going to office parties, meeting up with friends, or hanging out. His behavior might make you feel frustrated and resentful.

Below are some tips to make yourself feel better and to improve the situation.

Be Upfront With Him

If you want your relationship to stay healthy and meaningful, it is important to talk to him upfront about this issue.

It can be a difficult conversation to have, but you must have it sooner rather than later.

When trying to talk to him, you need to get the timing right. If he’s really exhausted or frustrated, it may worsen things. In this case, it might be better to wait for a more suitable time before broaching sensitive topics.

The best thing you can do is tell him that not having him around makes you feel sad. Tell him that you miss him and need his company. It would also help to talk about sweet memories of the past when two of you spent more time together and were having a relaxed life.

Then carefully ask him what has been going on at work lately? Why has he been spending more time away from home?

Hold him Accountable for How He Treats You.

If you have tried to convey your feelings and things still don’t change, you will need to tell your partner that you are not feeling his commitment, and it’s causing you to question his love.

Indeed, it sounds difficult, but you will have to take this step if you want to save the relationship.

He needs to understand that it is time for him to do his share and show you some commitment. If he can’t do this, he might not be ready for a serious relationship.

Make Him Feel Loved and Connected

Being in a relationship can be awesome, but if you struggle to show your partner how much they mean to you, it will be tough to make it work long-term.

Saying I love you is not the only way to let a man know you care about him. In fact, actions speak louder than words. And in any relationship figuring out what action means most to your partner can be a really important step.

You can show your love by spending quality time with him, giving compliments, or by showing small acts of kindness. When you make honest efforts, it will speak volumes and prove how much you care about him.

No spam, notifications only about new products, updates.
PrevPreviousWhy Do Guys Pick Fights in Relationship For No Reason?
NextWhy You Should Never Beg Your Partner To Stay In A RelationshipNext
On Key