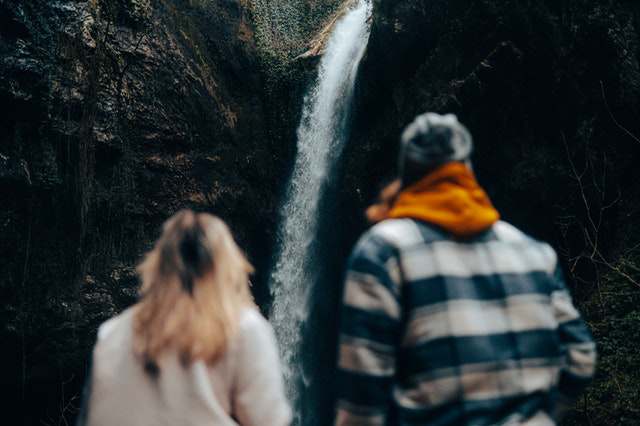 Why Do Guys Pick Fights in Relationship For No Reason?

Fighting all the time with your special someone is frustrating and consumes a lot of your energy and mental capacity. You may think you are the only one who struggles with this, but it’s actually very common.

When you see that even small everyday problems easily escalate into big fights, it may be a good time to think about the core issues and figure out what might be going on between both of you.

If the true cause of discontent between you two isn’t dealt with in a timely manner, it may start to impact your relationship negatively.

Some guys fail to mature with their age. Rather than having an adult conversation with you, they always prefer to pick a fight with you, even over minor disagreements. They are the kind of guys who take all of the fun out of bantering.

Sometimes when he fights with you, it can be difficult to figure out what exactly is wrong. It may seem like he’s arguing for the sake of arguing and just wants to win an argument.

In relationships, you never want to compete with your partner; you got into a relationship with him for love, not because you wanted a war with him.

Sometimes it feels like no matter what you do, there will be a fight. You might try to solve one thing only for another issue to pop up, which is super frustrating.

It seems like he is not happy; maybe he is unhappy with himself or disappointed with the relationship. You can tell something’s off, and you want it to change, but you are not quite sure what the problem is or how to make it better.

Below are a few common reasons why your boyfriend or husband picks up a fight with you without any reason.

1. He is Feeling Not Good Enough

As a relationship progresses, it’s not unusual for the dynamics between partners to shift and evolve. Sometimes these changes are positive, but other times one of the partners starts feeling insecure.

Thinking they are not good enough, they raise emotional walls around themselves and start doubting their self-worth.

This feeling often makes people over-defensive; they start blaming and pointing fingers at their partner in order to make them feel better about themselves.

Not feeling good enough about themselves will make it difficult for them to see good in others.

It is tough to have inner harmony when you are having a go at yourself.

In order to make your partner happy and to relate with them, it is important to feel happy and connected from within.

The key to a healthy relationship is solid and healthy communication. When we are able to express our feelings to our romantic partners, not only do we feel closer to them, but often it gets our needs met.

But many of us fail to understand that talking is only one part of communication; the other part is good listening. When you are bad at listening, it means you have poor communication in your relationship.

Every one of us has the desire to be heard by our significant other. There is no feeling worse than trying to share how you feel with your partner and being met with deflection or defensiveness. It is a terrifying experience when you get vulnerable with your boyfriend or husband and express your deepest needs. And when you feel unheard or pushed away, it gives you a feeling of abandonment, guilt, and shame.

Maybe he feels that he has tried numerous times to convey his feelings, but nothing has changed. This feeling will lead to the development of resentment and frustration.

When you make him feel heard and make healthy efforts to understand his concerns, it will help you in making your relationship more meaningful.

3. He is Feeling Depressed.

When your partner is depressed or seems anxious, handling him is easier said than done. Someone who does not have many ideas about clinical depression will not easily understand the impact that it can have on someone’s life.

When your romantic partner is depressed, it is a huge challenge.

Being with someone who has depression is indeed difficult, but do you know how hard it would be for them? They have to deal with being depressed while also trying not to let their own illness hurt you or the relationship.

In these challenging times, you must try to give your partner unconditional love and support. You must try to be by their side as much as you can.

When he feels frustrated and depressed and doesn’t know how to transition from one stage of life to the other, He may start picking up a fight with you.

Intimacy is a bridge that connects two people in a relationship. When the level of intimacy decreases, it might be a sign that there is something wrong with the relationship.

There is emotional intimacy and physical intimacy; it is sexual as well as non-sexual. It is a fundamental ingredient of any relationship, which can be best described as a glue that binds two people together.

Factors like lack of communication, resentment, mistrust and anger have a deep impact on the level of intimacy you have in a relationship.

The truth is that there are numerous reasons why a couple lacks intimacy in their relationship.

When a couple is trying to better their relationship, Improving emotional and physical intimation should be their top priority.

Couples with better physical and emotional intimacy are less likely to get worked up over the smaller things in life. They usually stay in a better mood and have more playfulness in their relationship. This not only reduces pressure but also helps them to deal with serious issues easily.

Signs That He Purposefully Tries to Pick a Fight With You

-Every Small Issue Turns into a Big Argument.

He will always feel the need to argue no matter how small the issue is. You sneeze, and they will start to argue with you about it. For them, everything is an opportunity for an argument. They don’t see any reason why they should choose their battles wisely. They could be very stubborn and refuse to admit when they are wrong. It will often feel like they just want to win an argument for the sake of winning an argument.

-You Are Always Anxious

You will always be on edge around him. It makes you feel anxious and stressed. You strongly believe that no matter what you do, it never seems to be good enough to keep the peace.

You will always feel like he is on edge, and arguments can come out of nowhere, leaving both parties feeling horribly agitated.

It is very challenging and frustrating trying to understand why your partner gets so worked up over harmless things- things most people wouldn’t think twice about.

It will get really messy when his stupid disagreement begins; Your relationship will be all about continuous bickering. He will raise his voice to the loudest level to get his point across. The worst thing is he doesn’t mind doing it in front of family and friends.

Most of his points are childish and don’t even make sense. You just can’t think about anything but how annoyed he is constantly making you.

When you are with a guy who gets a kick out of starting stupid fights, your love and attraction for him will diminish within a few days. You will feel like you are dating a 5-year-old boy in a grown man’s body.

No spam, notifications only about new products, updates.
PrevPreviousHow to Stop Yelling in a Relationship: 7 Effective Tips
NextBoyfriend or Husband Stays Out Late: What to do?Next
On Key