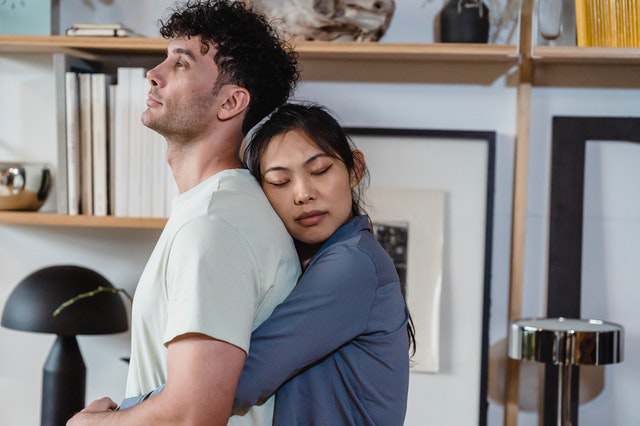 What Does Taking a Break Mean to a Guy?

When your boyfriends ask for a break, it can be a frustrating and heartbreaking experience for you.

However, it doesn’t mean that your relationship is coming to an end.

Having a better understanding of how to handle the situation will not only help you save the relationship, but it can also lead to bringing greater happiness together.

It is important to show more maturity and intelligence at times like these. It will help you strengthen the bond and will lead both of you to fall even more in love with each other.

Meaning of Taking a Break

It is different from a real breakup; taking a break means that you and your partner have decided to take time off from each other and the relationship without breaking up. Most people refer to this situation as simply taking a break.

Some couples who have watched way too many friends episodes feel encouraged to take a break from each other when things don’t go as planned.

Taking a break helps you to reflect on the relationship and reevaluate the situation and your feelings for one another. Usually, partners will use the time away from each other as an opportunity to decide whether they want to be together going forward or not.

Most couples usually decide on the ground rules before moving ahead with the break to ensure they are on the same page.

What does it mean when your boyfriend says he wants a break?

Well, the answer to this question will be different in different situations. However, when he says that he wants a break, it usually means –

(i) He’s confused about his feelings for you, and he’s not sure where he wants this relationship to go.

(ii) Maybe he thinks that he should have more control over his life and whole relationship.

(ii) He is sure he wants a breakup but cannot gather enough courage to admit it.

When Should Couples Take a Break?

Many couples decide to take a break when they are going through a rough patch in the relationship. Although there may be a lot of challenges, doubts, and difficulties, they still don’t want to end the relationship. For instance, you both may genuinely love and care for each other and share a deep emotional bond, but at the same time, you both can’t seem to stop fighting and arguing about every single thing.

Sometimes, you are not very sure about your real feelings for your special someone, but at the same time, something tells you that there is a good possibility of a healthy and long-lasting relationship between you two.

Taking a break means allowing yourself to get the space you need to reassess the situation and find out what is best for you. You can spend time on things that help with your self-growth and give you a broader perspective about life.

Going out with your friends and having some fun will help you think less about your current relationship situation.

The alone time you get helps you to figure out what you want.

What do you do when your boyfriend wants a break?

It sounds awful, but you should immediately agree with him when he says he wants a break.

Agreeing to have a break will provide you with some alone time to reflect on your life. You will get to enjoy having your own time and space.

It’s important to understand that it was his decision to take a break from the relationship, so he should be the one who should take the first step if he wants to get back and wants to talk. You should control your craving to contact him until and unless it’s very important.

If somehow you have to talk with him, make sure you don’t say much apart from handling the logistical issues, like -” Here’s your watch” or “Please get the dumbells you left in the apartment”.

You should try to give him less of your company gracefully because he has told you that he doesn’t want your company right now. When you allow him to experience life without you, he may soon realize what he is missing.

It is straightforward; set ground rules, move with the momentum and let him have what he wants.

He wants a break. How long should I give him?

A simple answer to – how long should you go without communicating with each other – is as long as it takes. Be patient, spend some time alone, do your thing & allow him to do his.

When he approaches you, the next move is up to you. If speaking to him and building your relationship still seems like a good idea, then you can talk with him.

If you’re not into the guy anymore and don’t feel like continuing this relationship, then you can just let him down easy.

Love is a tricky thing. When you love someone and want something different from what he wants, things will likely not work out as planned.

When they want a break from the relationship, know that their decision is right for them and that you should trust them.

It’s not going to be easy, but you have to trust that he knows what he’s doing even if this guy is your dream guy and you seriously want to have a long-term relationship with him.

It’s important to be on same page with him. The idea of pressuring him not to take a break from the relationship is likely to do more harm than good in the future.

Believe him, let him go. And always remember that true love never dies.

If you think he’s happier with someone else, then let him go. Doing so isn’t being selfless; it’s just a smart decision.

Won’t it be really frustrating if you live with someone whose heart is somewhere else?

Stop thinking about what you want at this moment and think about what he wants,

Instead of fighting and disagreeing with him, you can try to agree with him at every opportunity you get.

The human ego likes it when some other person agree with them because it boosts their pride and makes them feel understood.

If you start agreeing with him, he’ll have no reason to take a break from the relationship.

Disagreeing and arguing with someone who wants a break from the relationship will only make them more certain that they’re doing the right thing. They will try to get as far as possible from you.

There are many reasons why a guy may want to take a break from the relationship. Some of the probable reasons are listed below-

1. He Wants to Break up with you but doesn’t Want to Hurt You.

You were once deeply in love, and the relationship looked like it was going great. However, now he wants to break up with you, and he feels like this is for the best. He doesn’t think that this relationship has any future. On the one hand, he doesn’t want to be the one who ends things, but on the other hand, he believes it’s something that has to happen.

If you think that although he is asking for a break, he actually wants to end the relationship, you should directly speak with him and tell him how you feel. If your guy has already decided to end the relationship, then it’ll be a fruitless endeavour trying to drag things out. There’s no point in engaging in tiresome and aggravating conversations for months, as it will leave you more frustrated and stressed.

2. He Wants to Reassess the Relationship.

He might be feeling that it’s time for him to clearly decide whether he wants to commit to you or not. Sometimes one person in the relationship may be feeling more ready to take a big step than the other.

He might have good intentions behind this idea of the break. But, when he feels compelled to take a break, you have some thinking for yourself. Before things go south and he becomes your ex-boyfriend, You need to introspect and see if you can bring about a healthy change in the relationship.

You must think about whether you want to keep going with the relationship or whether it’s wiser to end it now. You should also think about what are the chances of both of you coming back from the “break? It makes you a better woman when you know what you really want.

Clearly, You both need to work on the relationship if you want it to move forward.

3. He Wants to get in Bed with Someone else.

He might think that sleeping with someone else won’t count as cheating if he’s just taking a break from the relationship, and that’s a weird and sad way to justify asking for a break from his special someone. They think taking a break is not going to make a big difference.

He might be trying to sneak in a free pass by creating this situation.

If he’s been spending time with some other woman and you see him asking for a break for few weeks in your relationship, you can tell him that the only break he’ll be getting is a breakup.

4. He is Doing a Relationship Test on You.

Guys who play mind games like this are often insecure or unsure about where they stand with their partners.

He may have fears that you would break up with him, so he feels it’s better if he breaks up with you first.

Sometimes people get crazy and play silly mind games with their loved ones.

5. He Needs some Alone Time.

He may have trouble expressing himself, and the word break isn’t really a great way of describing what he wants.

Maybe he’s just stressed at work or might be in a bad place mentally and just needs some space for a little while.

If he’s been under a lot of stress lately and you know that he is the kind of person who likes to focus on one thing at a time, then it’s best for both of you if you give him some space.

Probably, it would have been better if he had just said that he needed some “me time” instead of asking for a break.

Do Breaks in Relationships work?

Yes, breaks are good for relationships. You’ll figure out if it stands a chance to go the distance.

Relationships are complicated, but not if you listen to your significant other. More often than not, one person tries to exert more control over the other which can be counterproductive for both of them.

It’s true that people will sometimes need to rely on their loved ones. But relying on someone puts you at their mercy. The way to do this successfully is by negotiating and discussing common interests rather than getting them to do things they don’t want.

No spam, notifications only about new products, updates.
PrevPreviousIf a guy kisses you before he leaves, What does it mean?
NextHow to Stop Loving Someone Who doesn’t love you back?Next
On Key